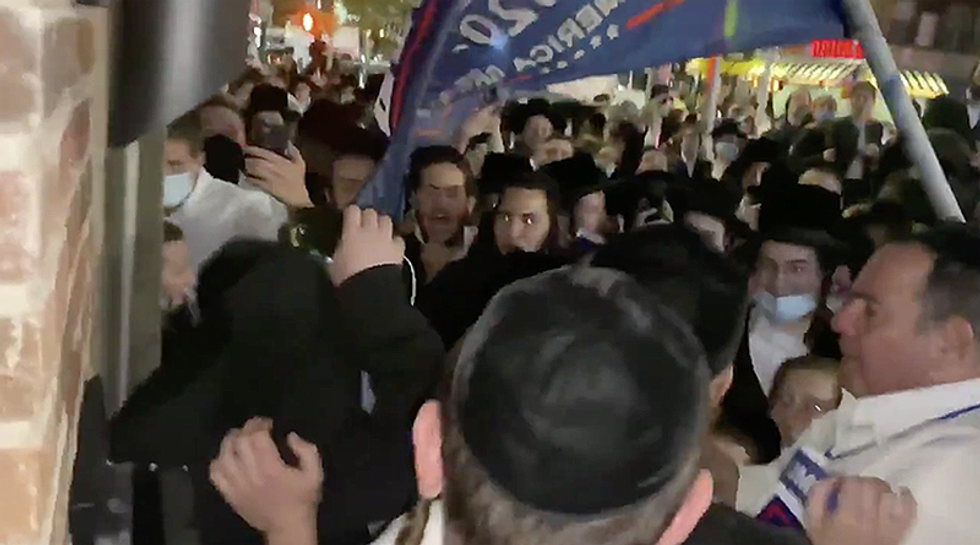 Harold “Heshy” Tischler, who went after a Hasidic Jewish reporter, agreed to turn himself into police.

As an inflammatory social media personality, Tischler kept his fists to himself, but when he appeared at a demonstration in Brooklyn last week, urged protesters to attack reporter Jacob Kornbluh.

It was speculated that the event was another Tischler stunt, but if it was, it's ending in a very real arrest.

“We are working closely with our partners at Brooklyn D.A. and this matter is the subject of an active investigation,” said Detective Sophia Mason on Friday.

Tischler announced that he would agree to turn himself in on Monday, but he was apparently taken into custody earlier after a warrant was issued.

"He will be charged with inciting to riot and unlawful imprisonment in connection with an assault of a journalist that took place on October 7, 2020 in Brooklyn," tweeted the NYPD.

Harold "Heshy" Tischler has been charged with inciting to riot and unlawful imprisonment in connection with an assault of a journalist.
— NYPD NEWS (@NYPD NEWS)1602469631.0

“I hope the investigation will come to a clear conclusion and send the message that everyone, including reporters on the job and every human life, is precious to all of us,” said Kornbluh. “Nobody should feel unsafe walking the streets of New York City.”

He noted on Twitter that he was punched and kicked by the crowd at Tischler's urging.