Trump makes unhinged threats against Miles Taylor at Florida rally: ‘Bad things are going to happen to him’ 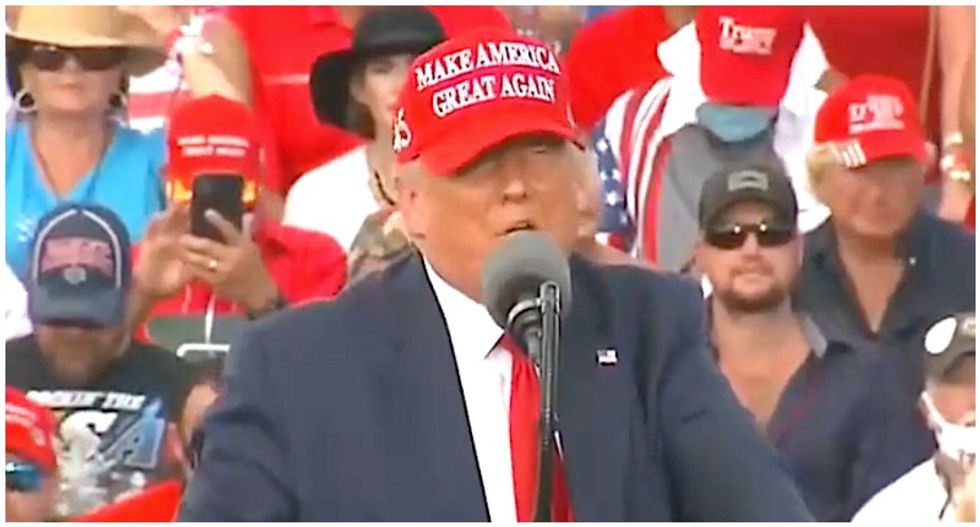 Speaking at a rally in Florida this Thursday, President Trump mentioned the revealed identity of the "Anonymous" author of a New York Times op-ed who claimed to be part of the "Resistance within the White House."

"I don't know who the hell this guy is. So the New York Times said, 'a senior White House official' -- nobody knew who he was..." Trump said, reiterating his claim that the press is "truly the enemy of the American people."

"There should be major criminal liability for some scum like this," Trump said, later adding that "he should be prosecuted along with the New York Times" and that "bad things are going to happen to him."