Trump officials rage against Meadows for his communication failures: report 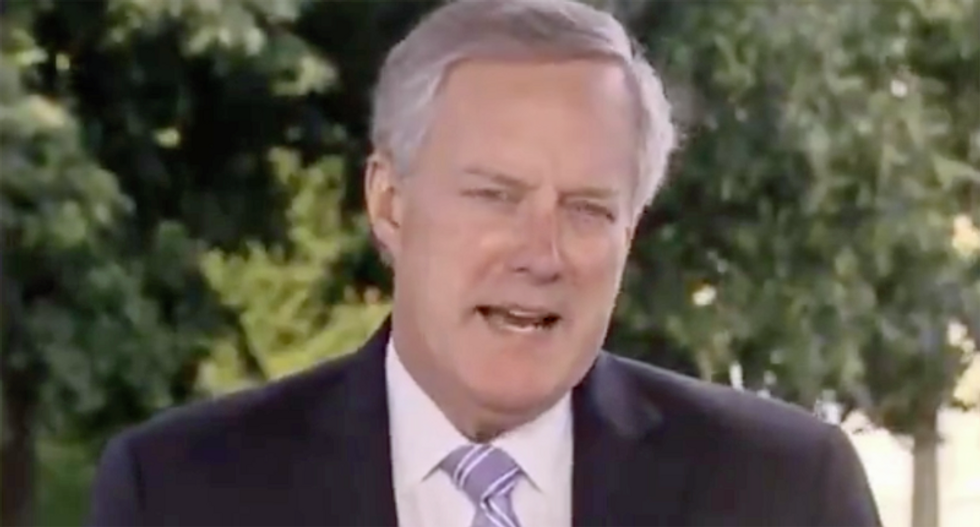 On Monday, The Washington Post reported that White House officials are frustrated with chief of staff Mark Meadows, over his management style and his failure to communicate vital information to both the public and his colleagues.

"Meadows’s uneven handling of the pandemic response and other West Wing crises has dismayed many staffers and campaign officials, who say he has largely proved to be an ineffective chief of staff, instead serving more as a political adviser and confidant," reported Josh Dawsey. And the frustration reportedly goes deeper than his contradictory claim over the weekend that the administration will not control the COVID-19 pandemic.

"Four senior administration officials said there was no communication for several days from Meadows to the staff about the president’s condition; whether the West Wing would partially close and whether they should work from home; what precautions were in place after the widespread infections; or how many other staffers had the virus," continued the report. Meadows, moreover, contradicted the president's doctor on the severity of his condition in discussion with reporters.

"Aides also said Meadows knew about a positive coronavirus result for top Trump aide Hope Hicks for more than eight hours before it was disclosed to the public on Oct. 1 — and before the president left for a fundraiser that day in New Jersey," said the report. "A person close to Meadows said the White House did not plan to disclose publicly the condition of aides who became sick but always planned to disclose the information if the president became infected."

In spite of all this, Meadows is reportedly unlikely to be fired, because he has maintained a close relationship with the president himself, with Trump calling him for advice up 8 to 10 times a day.