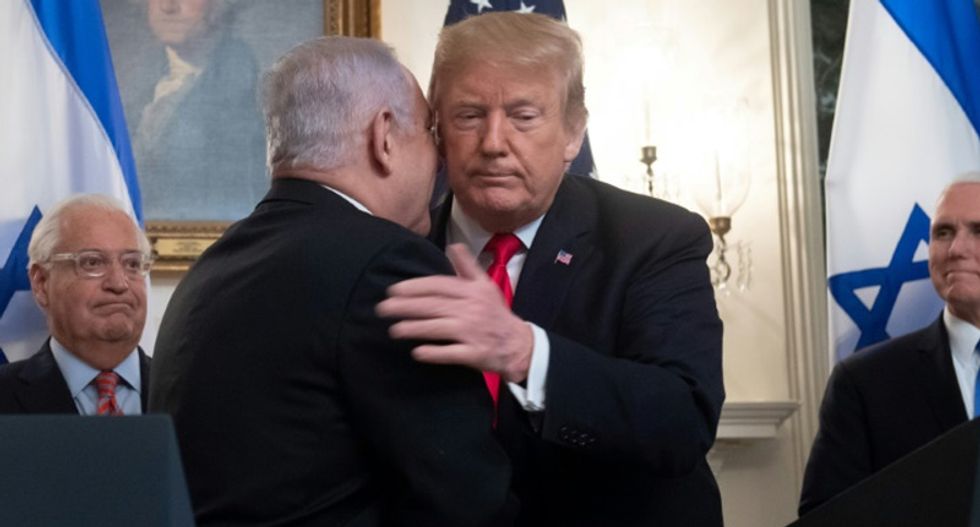 While speaking to Israeli prime minister Benjamin Netanyahu regarding Sudan's normalizing of ties with the Jewish state, President Trump took an opportunity to take a dig at Joe Biden.

"Do you think Sleepy Joe could have made this deal, Bibi?" Trump reportedly said, according to Reuters reporter Jeff Mason and New York Times correspondent Michael Crowley.

In call with Israel’s Netanyahu, ⁦@realDonaldTrump⁩ says: do you think Sleepy Joe could have made this deal, Bibi? https://t.co/pmCLou4h0Y
— Jeff Mason (@Jeff Mason)1603469285.0

During the announcement of the Israel-Sudan deal, Trump asked Netanyahu “Do you think Sleepy Joe could have made th… https://t.co/99IEEduEoy
— Elizabeth Crisp (@Elizabeth Crisp)1603469775.0

The deal follows Trump's agreement to remove Sudan from the list of state sponsors of terrorism if it pays compensation to American victims of terror attacks.