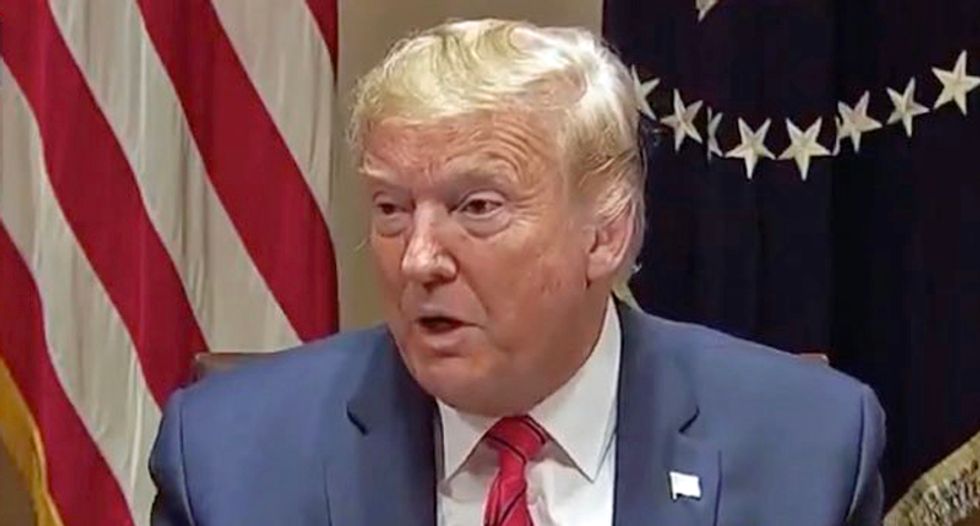 A former homicide prosecutor for the Manhattan District Attorney’s Office believes that there's a case to be made for charging President Donald Trump for second-degree manslaughter over his handling of the novel coronavirus pandemic.

Writing in the New York Daily News, attorney Robert Gottlieb makes the case that Trump has behaved so recklessly throughout the pandemic that he should be held legally responsible for at least some of the people who have died on his watch.

"In New York, a person is guilty of second-degree manslaughter when he 'recklessly causes the death of another person,'" Gottlieb notes. "And 'a person acts recklessly with respect to a result or to a circumstance... when he is aware of and consciously disregards a substantial and unjustifiable risk."

He then proceeds to lay out the evidence against the president.

"Trump admitted to Bob Woodward knowing as early as January that COVID-19 was a deadly virus that spreads through the air via asymptomatic people," he argues. "Since then, Trump has consciously disregarded the risk of from exposure and instead has undertaken a systematic COVID disinformation campaign."

Gottlieb then notes that some ordinary citizens have been prosecuted for endangering others by breaking rules against holding mass gatherings during the pandemic -- and the size of those gatherings is dwarfed by the indoor campaign rally the president held in Nevada last month.

"Trump chose from the start to preserve his own power over protecting the people whom he swore to protect," he concludes. "He is responsible for their deaths. That is manslaughter."