Trump supporter 'kicked the daylights' out of elderly man over his Biden sign: 911 call 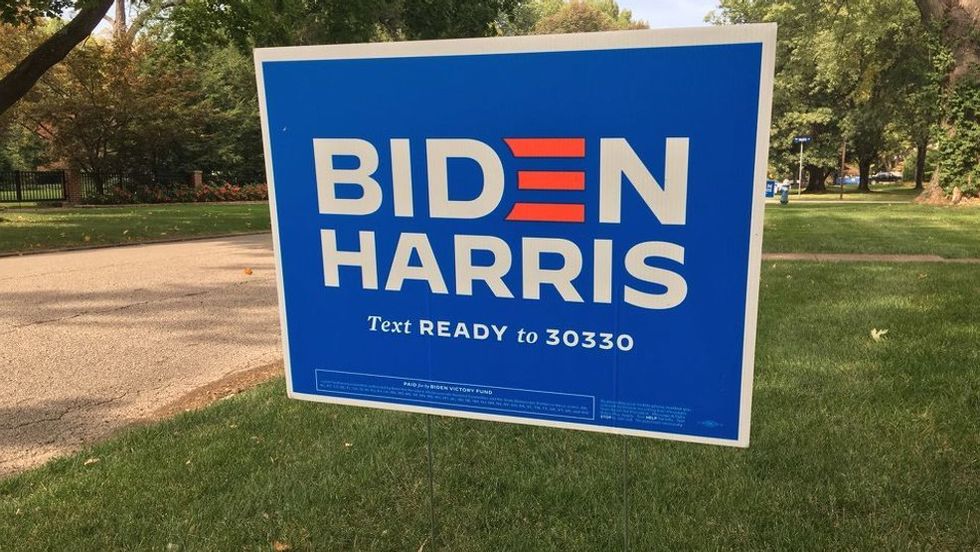 An 84-year-old Ohio resident is accusing a Trump supporter of physically assaulting him over his Joe Biden lawn sign.

Local news station Fox 8 reports that the man called 911 last week and reported that 69-year-old Melvin Wallace beat him for putting a Biden-Harris sign on his property.

“I had a guy come down here and just kick the living daylights out of me," the victim said on the 911 call.

“Do you know what it was about, why he did it?” the dispatcher replied.

"Well yes, it was about a political sign," he explained.

The Coshocton County Sheriff’s Office questioned both the victim and Wallace, and eventually arrested Wallace and charged him with assault.

The man has now taken out a restraining order against Wallace, who is scheduled to appear in Coshocton Municipal Court later this month.