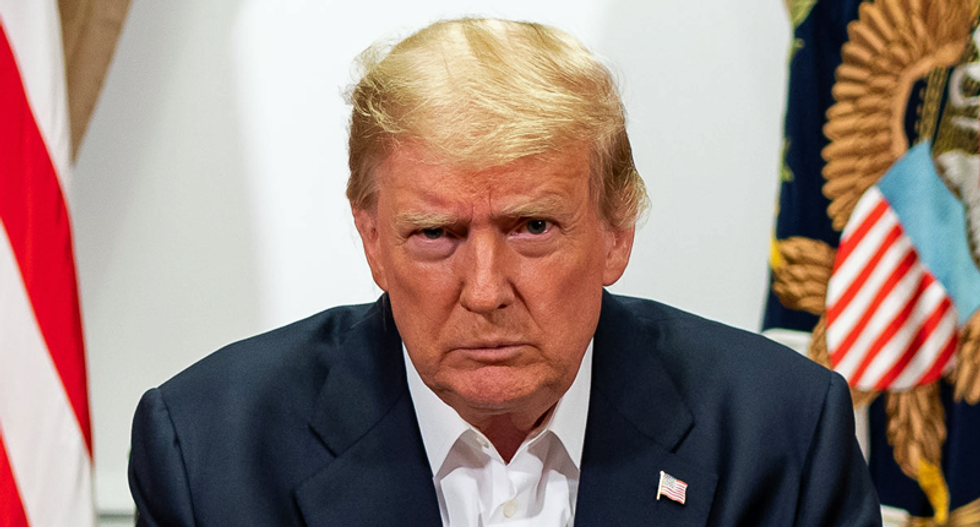 In a scorching op-ed for USA TODAY, former New Hampshire Republican Party Chairwoman Jennifer Horn excoriated her party for its loyalty to President Donald Trump — and urged her colleagues to be rid of him.

"As a former Republican state party chair, I understand well how difficult it is to even imagine voting outside the party, and I understand the sense of loyalty to party that decades of activism engenders," wrote Horn. "But to pledge allegiance to a political party, void of principle or honor, is an empty oath that will not serve country or conscience. Where once we stood together to advocate for responsible governance, individual liberty, equal justice and opportunity for all, today’s GOP platform is nothing more than a vow to support, protect, defend and defer to Donald Trump."

Horn is one of many longtime anti-Trump Republicans who co-founded The Lincoln Project, a group whose ads and messaging are targeted to persuade conservatives to reject the president for their own movement's salvation.

"After decades of inciting fear among the party faithful at what would happen to America should we abandon our fight for conservatism, the GOP has sold out to a president who is in no way conservative," wrote Horn. "Trump has grown the deficit to record highs and put the national debt on the same path. His assaults on equality and liberty are innumerable, including rolling back housing and employment protections for LGBTQ Americans, attacking the free press, denying science and medical facts in the face of a pandemic, and making the corruption of Richard Nixon look like penny poker."

Trump's "pro-life" stance is a fraud, argued Horn: "To be pro-life means to care for life — all life, at all stages, in all conditions. Trump’s assaults on life are egregious and daily. He demeans and degrades minorities, women, the elderly, immigrants and the disabled." Nor, she argued, does he have any respect for the troops, for civil rights, or for anything central to the protection and preservation of democracy.

"Trump has destroyed the foundations of traditional conservatism and the American institutions upon which our democracy is built. He does not deserve your loyalty, and neither does the party that has allowed it to happen. The only way we can reclaim our principles and build a conservative future is to first defeat him," wrote Horn.

"This election poses a unique challenge. It will test not Republican vs. Democrat or Trump vs. Biden, but rather, 'We the People,'" concluded Horn. "It is our role in this constitutional republic, our leadership, and our dedication to the promise of America that is being tested. Trump or America. We cannot have both."