Trump tweet announces he's checking out of hospital on Monday: 'Don’t be afraid of Covid' 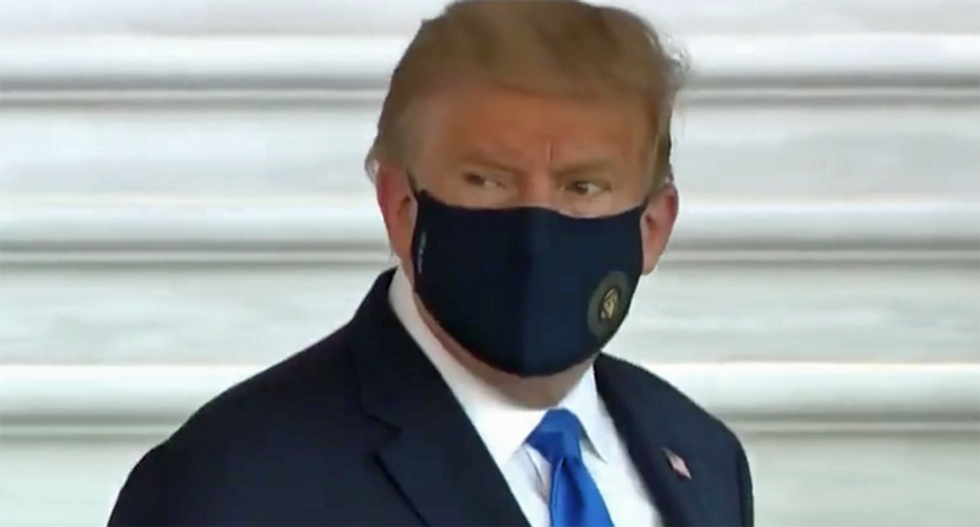 President Donald Trump on Monday announced that he planned to leave the hospital that same day despite a COVID-19 infection.

"I will be leaving the great Walter Reed Medical Center today at 6:30 P.M.," Trump wrote on Twitter. "Feeling really good! Don’t be afraid of Covid. Don’t let it dominate your life. We have developed, under the Trump Administration, some really great drugs & knowledge. I feel better than I did 20 years ago!"

It was not immediately clear if the president's medical team had cleared his release. Trump made the remarks just moments prior to a scheduled news conference with his doctors.