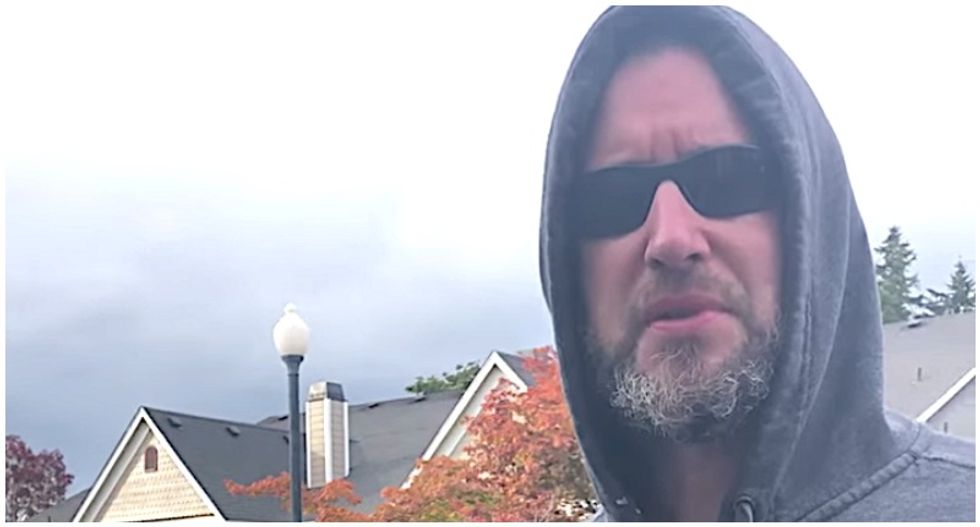 A woman trying to get out the vote for a Democratic candidate for the state Legislature was confronted by a man calling her a “Nazi,” a “hate-filled little [expletive]” and a “Christian-hating bigot,” The Columbian reports.

Bethany Rivard, who was canvassing for Tanisha Harris, recorded the incident and posted the video to Facebook. In the video, the man says he confronted Rivard because he saw a sign on her car in support of Black Lives Matter.

“Sir, you need to step away from me please,” Rivard responded.

“I’m standing right here. I’m perfectly, I’m keeping, I’m social distancing, all that (expletive). All that phony [expletive]," the man shot back. "I do all that. Except I don’t have the phony-ass Nazi mask. You know, you’re a Nazi. You people are Nazis. You’re nothing more than Nazis. ‘Wear your mask, or we’re gonna throw you out. Do this, do that, or we’re gonna throw you out.’ It’s disgusting.”

Rivard reported the incident to police, but the man will not face any charges.