Trump’s COVID-19 infection might be ‘the biggest and most disturbing’ national security crisis in a generation: Carl Bernstein 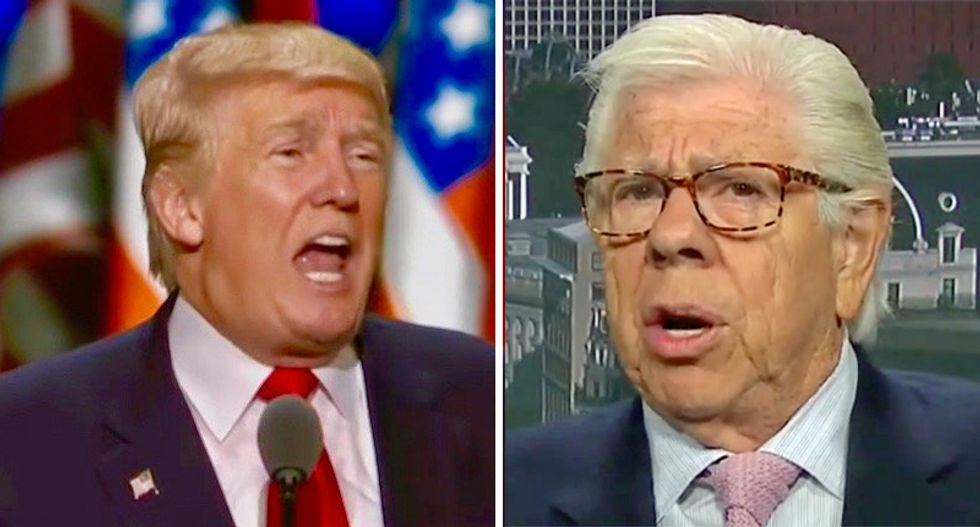 During a segment that aired live on Friday, CNN Political Correspondent Abby Philip and Pulitzer Prize investigative journalist Carl Bernstein discussed what is being dubbed "the biggest and most disturbing" national security crisis in a generation - President Donald J. Trump's COVID-19 diagnosis.

Philip said the Biden campaign should have been informed of Hope Hicks' positive test result on Wednesday.

"I really do think they should have been told because it's really still not clear where the origin of this outbreak really is," Philip said. "Is it with Hope Hicks or perhaps someone else in the President's entourage?"

She continued, "The Biden campaign are moving forward with what they've been doing for months, which is an incredibly careful strategy, not just to protect the former Vice President, but to demonstrate a set of behavior that they want to be proof positive of how Biden would govern - and that includes keeping Biden away from other people. And he is almost always, except when in the company of his wife, wearing a mask. And I think that is the kind of thing they were doing Tuesday - and it was in stark contrast to what we saw the President's entourage doing that night as well."

"This is the biggest and most disturbing national security crisis that perhaps we faced in a generation," Bernstein said. "First, we had the COVID crisis itself, which indeed goes back to Donald Trump's negligence in not dealing with the crisis in the way that he should have by mobilizing the whole government. Now we have, once again, a national security crisis that is really the bitter fruit of his character. By allowing himself and the country to not have the guidance endorsed by the President of the United States to take the appropriate safety measures that would have protected the American people and would have protected the President of the United States himself."

Bernstein added, "As a result, we now have a government in quarantine. We have an executive branch increasingly in quarantine. We have senators, congressman increasingly going to be in quarantine as a result of the recklessness of the President of the United States. But meanwhile, the very stability, and hopefully all the continuity in government measures are being taken and people are being responsible, but we've never faced a crisis like this in which the very institutions that we depend on, the national security apparatus, has been undermined to some extent by this event."

He continued, "And we have to hope that, for instance, the Russians, how are they going to take advantage of this? We know they're going to try. We know this is kind of [Russian President Vladimir] Putin's greatest dream [is] the instability we have as a result of this. Other countries...the markets, we do not know where this election is going in terms of how it will be conducted. We do not know whether the President will be able to campaign. Our whole political, cultural governmental system is now on hold in a way that it has never been. And hopefully, responsible leaders, both on Capitol Hill and in the executive branch are going to step up and take the appropriate action and in the States, it is time that masks and the scientists, that their guidance be followed at last."