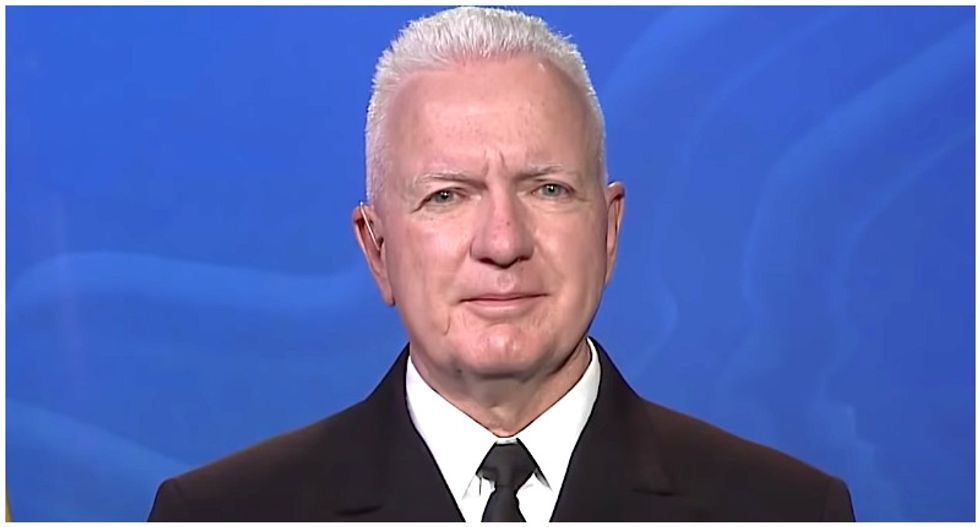 With coronavirus cases in the United States soaring to "an all-time high" just ahead of Election Day, the Trump administration's Covid-19 testing czar warned in a television appearance Wednesday that local governments may have to impose "draconian measures" unless Americans get better about following safety guidelines.

Less than a week before President Donald Trump and Democratic presidential nominee Joe Biden officially face off at the ballot box, Adm. Brett Giroir, the assistant secretary of health and a member of the White House Coronavirus Task Force, addressed concerns about reining in the raging pandemic on NBC's "Today" show.

"We still can control this" by wearing masks, washing hands, social distancing, avoiding crowds—particularly indoors—and getting tested, especially going into the winter and holiday season, Giroir said. "But if we don't do those things, it may force local officials or government officials in the states to have more draconian measures because cases will go up if we don't make a change."

Americans need to continue these well established mitigation measures until there is a safe, effective, and widely available vaccine, Giroir added.

Citing conditions nationwide after Memorial Day, he emphasized that "we're at another critical point in the pandemic response." As of Thursday morning, the U.S. had more than 8.865 million Covid-19 infections and nearly 228,000 related deaths—and, as Giroir noted, "cases are going up in most states across the country."

NBC's Savanah Guthrie asked Giroir about Trump's claim on Twitter Tuesday that U.S. case numbers are up because of testing, suggesting that reports of a national surge are incorrect.

Giroir explained that while testing in the United States was insufficient in March and April—meaning the known case figures didn't accurately represent the actual number of infections—he is more confident in the country's testing since July.

"We do believe and the data show that the cases are going up," Giroir said. "It's not just a function of testing."

"Yes, we're getting more cases identified, but the cases are actually going up, and we know that too because hospitalizations are going up," he continued. "The [daily] peak was in the 70,000s in July. We're at about 42, 43,000 now, so we're much less [than] in July. But those are going up, those are real. And we do know that deaths are increasing, unfortunately."

"Again, we can reverse that," Giroir added, holding up a mask. "The American people can make a difference."

For the first time since the pandemic started, Dr. Anthony Fauci expressed support for a national mask mandate in a pair of interviews with CNBC and the Journal of the American Medical Association on Wednesday—though added that he does not think the White House will do it.

Fauci, director of the National Institute of Allergy and Infectious Diseases, also disclosed that he hadn't talked with the president about the pandemic in a while and urged U.S. mayors and governors to take action to require mask-wearing in the absence of a national mandate from Trump.

Asked by CNBC's Shep Smith about Trump's Tuesday tweet on tests and Giroir's Wednesday warning that infections are surging, Fauci echoed the administration's testing czar, saying: "Unequivocally, there are more cases that are real cases."

"That's manifested by the numbers. The data are strong," Fauci said. "It's also manifested by the fact that if you look at the map of the country where you're having [an] uptick in cases, we are also having upticks in hospitalizations—so the cases are real, they're not just as a result of testing."