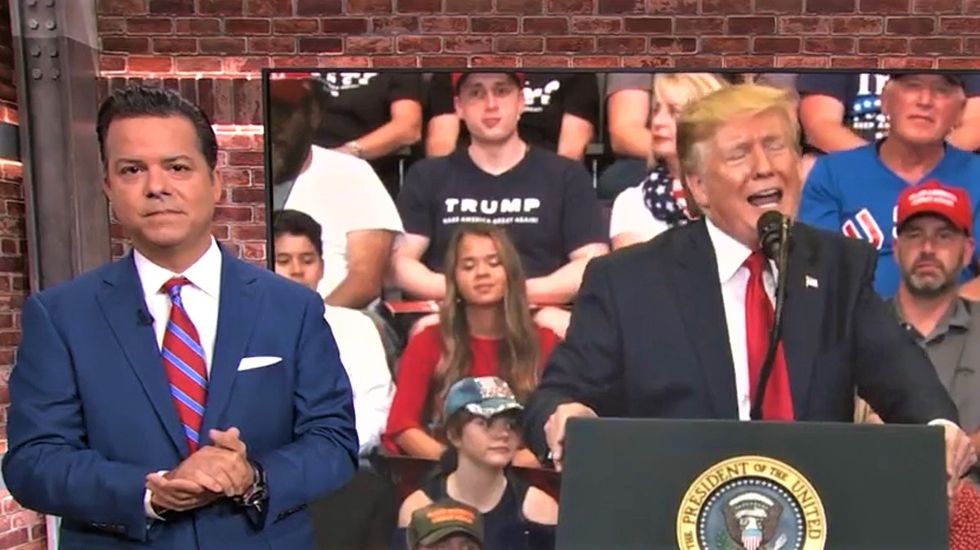 CNN's John Avlon on Friday explained how President Donald Trump's attempts to stop late-arriving ballots from being counted could screw over the same military voters who largely backed him four years ago.

During one of his "Reality Check" segments, Avlon cited the president's recent remarks about how he hoped the Supreme Court would cut off counting ballots on the day after election day.

"Hopefully, the few states remaining that want to take a lot of time after November 3rd to count ballots, that won't be allowed by the various courts," the president said this week.

Avlon, however, argued that this could backfire on the president.

"You see, it's more than likely that military ballots will get caught in the president's attempted purge," he said. "The military has voted safely by mail since the civil war, folks, and many states allow military ballots to be counted well after polls close."

He then explained how the president had tried to get Florida to stop counting ballots two years ago to ensure the victories of Sen. Rick Scott (R-FL) and Gov. Ron DeSantis.

"It was all a red flag that highlighted Trump's undemocratic impulses, again on full display this election," he said. "Whether it's military votes in Florida or other states... like hotly contested North Carolina or Texas, the principle should remain the same: Count every eligible vote."