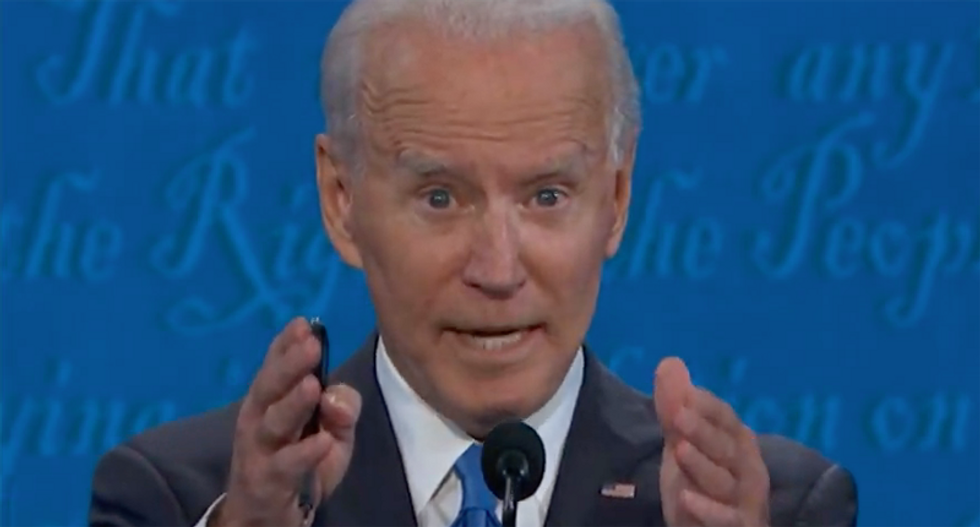 Throughout the 2020 campaign, the Trump camp sought to paint Joe Biden as a doddering old man suffering from dementia. But according to Jonathan Chait writing for New York Magazine this Friday, Thursday's final presidential debate put that conspiracy theory to rest.

"Our minds move so quickly from story to story that it can be easy to forget just how all-consuming the prospects of Biden’s alleged dementia was," Chait writes. "To be sure, Biden has lost a step since his prime, and aging has worsened his lifelong stutter, producing some haltering moments he did not have as a younger man. But the charge against him was far more severe: that he was gone, or almost gone, literally unable to remember basic facts or handle his job."

According to reports, a prime strategy of the Trump campaign in the first debate was to fluster Biden during the debates so much that he would end up stumbling over himself. According to Chait, that strategy "backfired," prompting Trump strategists to switch to a strategy of allowing Biden to talk without interruption in the second. But that, Chait writes, didn't happen either.

"Biden gave perfectly cogent responses to every question put to him, controlled his stammer, and displayed a far stronger command of facts and figures than his opponent," writes Chait.

Read the full piece over at New York Magazine.