Trump’s crippling inability to distinguish the needs of others from his own is now defining issue of his campaign: op-ed 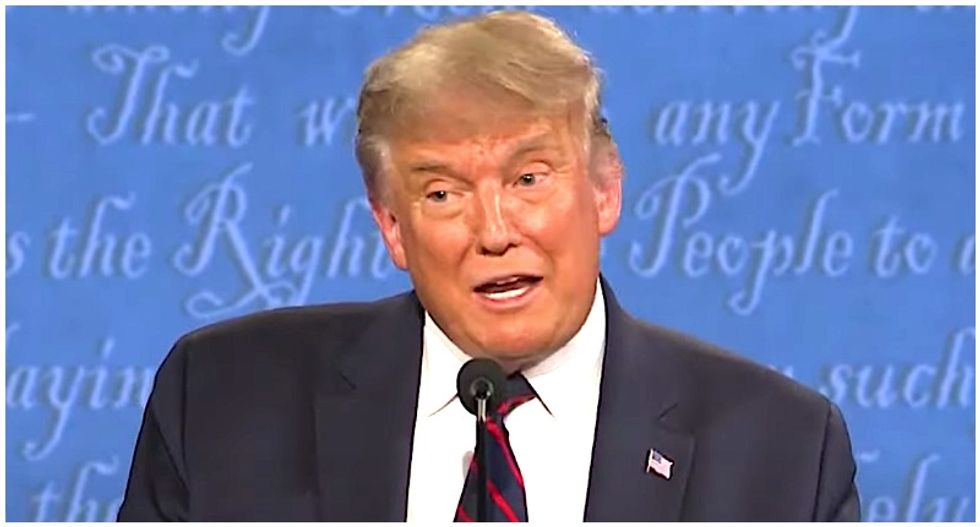 Writing for The Bulwark this Friday, Richard North Patterson said that when it comes to Thursday night's final presidential debate, Donald Trump "blew his last, best chance to save his campaign—from himself."

Trump is losing support among his base voters, namely non-college-educated whites, according to Patterson.

"On issue upon issue, respondents favor Biden: maintaining law and order; uniting the country; selecting Supreme Court justices; and, critically, providing healthcare," he continues. "At a time when more voters than not expect the pandemic to worsen, a Kaiser Family Foundation poll showed that 79 percent of Americans want to preserve protections for people with pre-existing conditions, and that a solid majority oppose abrogating Obamacare."

Trump is even losing on one of his favorite cudgels -- immigration, as more and more Americans than ever before adopt the notion that immigrants enrich the country. So what does Trump have left?

"Even more than the pandemic, that besetting pathology—Trump’s crippling inability to distinguish the needs of others from his own—has become has become the defining issue of this campaign. Americans may be sickened by COVID, but they are sick of Donald Trump."