Trump's debate performance showcased the only thing his cult cares about 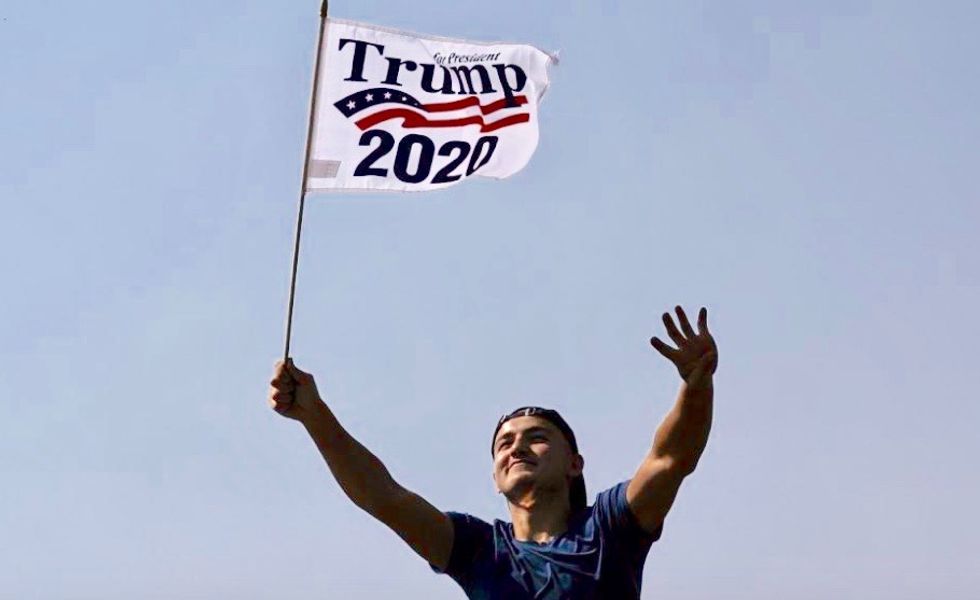 The kid is in his room playing video games. Mom calls to him that it's time to do chores and homework.

The kid's head is in the game, a first person shooter. He's in a tank mowing down everyone in his path. There's some heroic theme to the game but the details don't matter. All he knows is he's on the side of everything right, righteous and mighty. It's his call of duty, and now his mom is saying duty calls. Fuck that!

Still playing, he brays at his mom through his bedroom door, spouting whatever to get her to back off. He pouts, moans, whines, bleats, blasts, snarls, barks, scolds, preaches, condemns, threatens — to him it's all just noises to keep his pathway clear, the airhorn of intransigence.

He brays it all with theatric earnestness to give the impression that his substantive arguments trump all other considerations. All the braying means is, "Reality can go fuck itself and so can you because I'm not budging."

His mom is trying to teach conscientiousness by example. The kid's fake earnestness tugs at her which plays right to the kid's advantage. As she poses counter-arguments as though he's doing more than braying, the kid gets to keep on playing.

Lying is knowing you're not telling the truth. Bullshitting is not caring what's true. The kid doesn't care what's true. He's bullshitting to bulldoze through anything that thwarts him – bullshitdozing. And it's working because his mother is lulled to sleep, dozed off on the bullshit.

Bullshitdozing is all there has ever been to the Trump cult. The reasons why reality owes the Trump cult total accommodation are as irrelevant as whatever arguments the brat brays.

This alone, explains the incoherence and hypocrisy. It's not calculated but cacophony. You wouldn't expect a goat to bray coherently. It's all just animal grunting and territorial pissing, the anthem rock of "You change. We won't."

Now for a moment, please set aside your disdain, disgust and hand-wringing about that kid and admit to this:

Like all of us, you'd prefer that reality accommodate you rather than you having to accommodate reality. You've got your groove and you don't want to be thwarted, stalled, waylayed. You'd rather that other car lets you through first. You'd rather be proven right than have to rethink things. You'd rather reality conform to your habits so you can avoid the hassle of conforming to reality. It's just easier.

There was at least a bit of that impetuous impulsive petulance in you growing up and there's no reason to assume it just disappears. We're not all egomaniacs or narcissists, but we do like to get our way by getting things out of our way. We all have a craving for intransigence. We'd rather others budge so we don't have to.

With some people, that craving gets so strong and the excuses get so self-convincing that they just go all-in on intransigence. I suspect that's all that the Trump movement ever was and understandably so.

Reality always pinches. It's been pinching more lately. Trump just presents unflinching indominitability, "We shall not be moved" with no higher cause than having to move being less fun than making others move.

Last night's debate was the first moment in four years when Trump was in public as an equal to others.

All he had to do was make sure his appearance of unflappable dominance remained uninterrupted, and it wasn't hard at all. Trump is unmoderatable under current social norms. He bullshitdozes through the norms like the video-game brat.

He didn't blow it; he nailed it. His best strategy is to continue to pose as indomitable, demonstrate the inevitability of his total dominance through increasingly brazen uncloseted fascism and hope to seduce more closeted goons.

The choice couldn't be starker:

Trump's platform is indomitability. If he wins, say goodbye to give and take. You'll be free like a Russian citizen, able to go about your business so long as you never get anywhere near threatening his cult's absolute dominance. His message is crystal clear, "Reality can kiss my ass. I'm not changing for anything or anyone."

Biden's platform is soft, compromising and compromised even by age, but you can count on him to care, try and delegate effectively.

Had enough and don't like where it's going? Vote Biden.