Trump's 'enablers' must pay for 'betraying their country': conservative 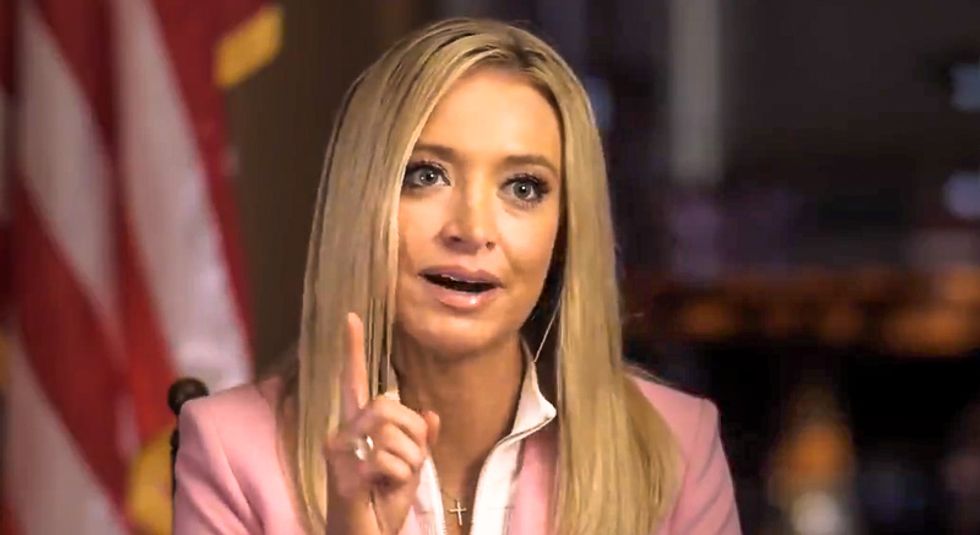 In an opinion piece for the Washington Post Sunday, columnist Jennifer Rubin argued that enablers of President Donald J. Trump must pay for "betraying their country."

"They should think more about atoning for the betrayal of their country than trying to escape the consequences of enabling a liar, racist and wannabe authoritarian," Rubin laid out. "There are practical reasons for employers outside the right-wing bubble to reject not only those who were the face of the administration but also those who labored behind the scenes."

Among the reasons to reject future employment by ex-Trump enablers: the lying, cheating, hypocrisy, corruption, and cruelty most likely acquired while on Trump's deplorable watch.

"Those seen as ethically obtuse and tolerant of racism pose a business risk," Rubin wrote. "Clients and customers might not want to be associated with a firm that features someone who just months ago promoted their boss’ ludicrous lies or remained silent as he winked at QAnon conspiracy theories. Alumni of the Trump administration do not suffer from a political association but rather from their willingness to enable someone who betrayed his country’s highest ideals."

Rubin further examined, "There is, as I have argued, a moral imperative to hold people accountable for their actions. Employees who obstructed justice, misrepresented facts to courts or lied to Congress must be held responsible under criminal statutes and professional rules of conduct. State bar authorities will need to step up to identify behavior, which, if allowed to go unpunished, would bring disrepute on the profession and set a bad example for others. If elected, former vice president Joe Biden will need to decide how to clean house, which might involve investigating and holding departed Trump officials responsible."

If enablers are to reemerge into a public society they had a hand in dismantling, there are certain concessions that might be a requirement to welcome them back to the fold in good faith.

"We as a country and as individuals need to decide whether those who are unremorseful, who seek no forgiveness and who admit no complicity in an administration that engaged in reprehensible conduct deserve to be welcomed back into 'polite' society," Rubin examined, later adding, "You would think that before seeking cushy jobs, these Trump alumni might seek to make up for perpetuating racism and xenophobia, for their attacks on democratic institutions and norms, and for their efforts to sow division and undermine objective reality. They might consider community service. They might donate time or money to groups fighting racism, helping immigrants, defending press freedoms and teaching good citizenship."

Rubin concluded that, "No one forced anyone to work in this administration. No one forced them to stay to the bitter end or to conceal wrongdoing or to attack critics. These actions have consequences."