Trump's legacy in the GOP is one of 'crybaby conservatism': conservative columnist 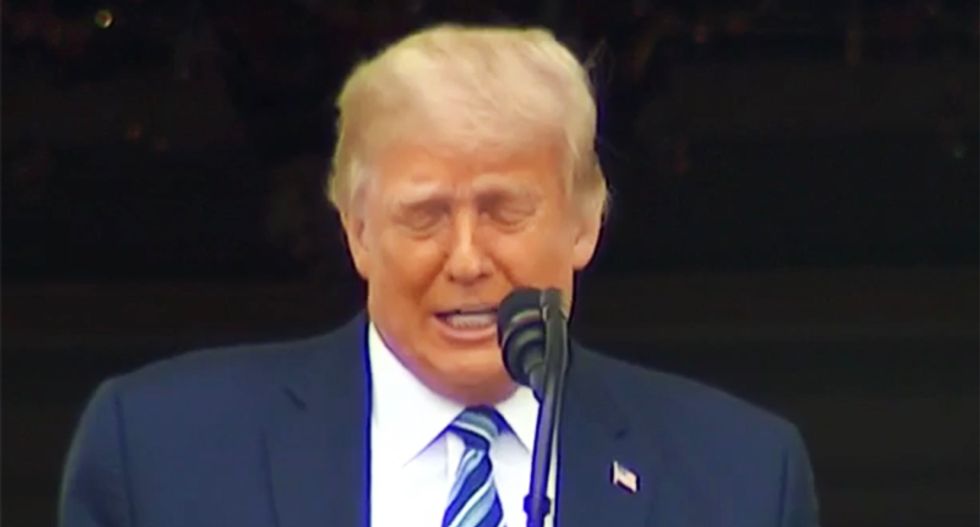 Writing in the Washington Post this Wednesday, columnist George Will slammed President Trump as a "practitioner of crybaby conservatism."

Citing Trump's disputing of reports that his inauguration turnout was lower than Barack Obama's, Will says Trump's presidency began with a "wallow in self-pity" and will probably end "in ignominy when he slinks away pouting, trailing clouds of recriminations..."

According to Will, the Trump era has caused the Republican Party to "eagerly" surrender its self-respect. "And having hitched its wagon to a plummeting cinder, the party is about to have a rendezvous with a surly electorate wielding a truncheon."

Will says that now is a good opportunity to encourage eligible voters "to take the trouble to participate in a historic correction.

"It is not yet probable, but is not highly improbable, that Joe Biden can become the first candidate in 32 years to capture more than 400 electoral votes," Will writes. "He can do this by carrying some Trump 2016 states where Biden is either leading or within the margin of polling error — Arizona, Florida, Georgia, Iowa, Ohio and Texas."