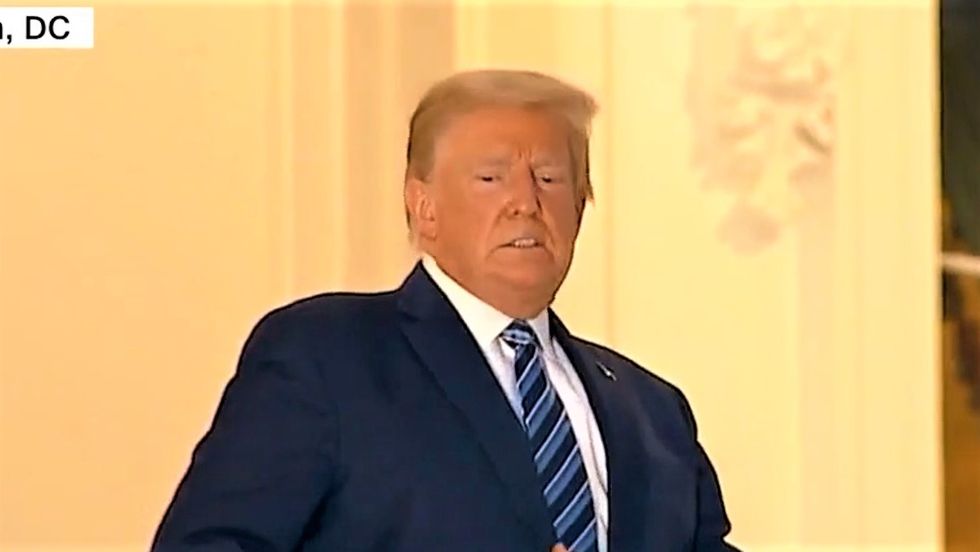 CNN host John Berman on Tuesday raked President Donald Trump over the coals for continuing to downplay the novel coronavirus even as workers in hazmat suits work to clean out the rampant disease that's been spreading throughout the West Wing.

While discussing Trump's attempt at making a grand return to the White House on Monday night, Berman observed that the president is trying to project normalcy even as more and more White House staffers are coming down sick with the disease.

"He takes his mask off so the American people can see it," Berman said. "After this he turned around and walked into the White House. he walked into this coronavirus hot zone. He walked into this building where we've seen people in hazmat suits cleaning up because so many people have been infected. It looks like Chernobyl inside now they're scrubbing it down so carefully."

Berman then ripped the White House for covering up the true state of the president's health even as he assured Americans they have nothing to fear from a disease that's killed 210,000 Americans in just eight months.

"There is so much that this White House is now withholding," Berman said. "They say, 'Don't be afraid of coronavirus'... but they won't tell us if the president's lungs have been damaged, whether or not he has pneumonia. When was his last negative test? That matters not just for him, but dozens, maybe hundreds of others who came in contact with him."