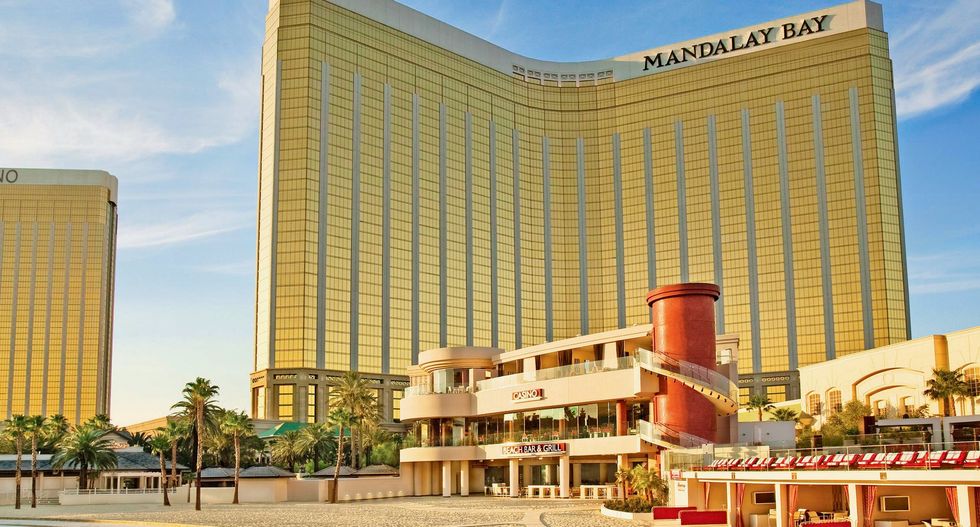 A US court on Wednesday approved an $800 million settlement for victims of America's worst mass shooting -- a rampage that left 58 dead and more than 800 wounded in Las Vegas.

In the October 2017 massacre, a man named Stephen Paddock opened fire with high-powered rifles from the 32nd floor of the Mandalay Bay Resort and Casino, unleashing more than 1,000 rounds as he mowed down people among a crowd attending an outdoor country music festival.

MGM Resorts International, the casino's owner, will pay $49 million "of its own funds" while the remainder is to come from its insurers, the court order stated.

The order said there had been "near-unanimous participation in the settlement" among thousands of potential claimants including victims and their families.

"We are grateful that the decision brings families, victims and the community closer to closure," MGM said in a statement to AFP on Wednesday.

"It is especially meaningful that the decision comes one day before the third anniversary of the incident, a time of great sadness and reflection."

An earlier statement said the settlement does not amount to an admission of liability by MGM Resorts.

MGM was sued by victims on grounds of negligence for allowing Paddock to stockpile a huge amount guns and ammunition in his hotel room without being noticed.

Twenty-four guns were found in Paddock's hotel room including 10 AR-15 semi-automatic rifles, most of which were equipped with 100-round magazines.

In 2018 MGM Resorts launched a counter-suit aimed at forcing the plaintiffs to drop their suits on grounds that it is not liable.

An outline of the settlement was first announced last October, with MGM saying in a statement that "prolonged litigation around these matters is in no one's best interest."

In her order Wednesday, Clark County District Court Judge Linda Bell noted "the extraordinary work and effort by counsel in this case to achieve the maximum amount available to claimants... despite having an immensely difficult, unique, and tragic set of circumstances."

At just after 10:00 pm on a balmy Sunday, Paddock opened fire on the 22,000-strong crowd below his hotel room listening to country singer Jason Aldean.

The shooting went on for 10 minutes, sending the crowd into panic. Paddock was later found dead in his hotel room with a self-inflicted gunshot.

Paddock left no message behind, and his family and girlfriend could not offer any explanation for what evidence later showed was long in the planning.

In August 2018 authorities ended their probe of the shooting without learning Paddock's motive. An FBI report said the gunman may have been seeking a "certain degree of infamy."

Eighteen more guns were recovered from Paddock's residence in Mesquite, Nevada and another seven from his home in Reno.

A heavy gambler, Paddock was known to wager tens of thousands of dollars at a time and had lost a great deal of money in the years leading up to the attack, according to a Las Vegas police report.