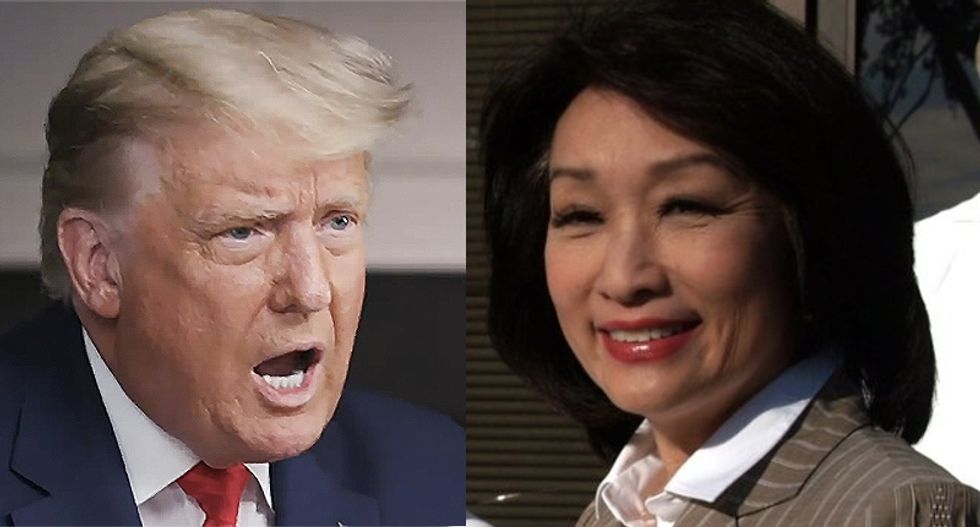 In a CNN interview Thursday, veteran reporter Connie Chung appeared to recall her experience trying to interview Donald Trump long before he even tried to run for public office.

Speaking to host Brianna Keilar, Chung recalled when she was at celebrity golf tournaments with her husband and Trump would say hello to him but pretend that she wasn't even there.

Trump went after Chung with his signature "she's a disaster" language in the 1990s after their interview for her show "Face to Face With Connie Chung," which ran on CBS before she began anchoring the CBS Evening News on Sunday.

"There's no reason to expose yourself to millions of people --" Trump began in the interview.

"Because you love the publicity!" she said.

"I hate the publicity," Trump swore.

"Get out of here," replied Chung.

"I hate the publicity," Trump repeated.

"Maybe you can try to answer the question without giving me the normal spiel," said Chung.

"What is the normal spiel?" Trump asked.

"When -- the fact is that many rich and powerful people do try to remain anonymous, you became very public very clearly by your own design," she noted.

Trump said he's not sure it was really by his own design because he does developments that get a lot of news. Chung argued it was because he works to get the publicity.

"I mean this, if Trump Tower weren't a great building --" he said.

"One building in New York City with zillions of buildings," she went on.

Trump spent the weeks that followed attacking her on the Joan Rivers show, another attempt at publicity.

Chung said that Trump hates interviews like that, particularly when the reporter is a woman.