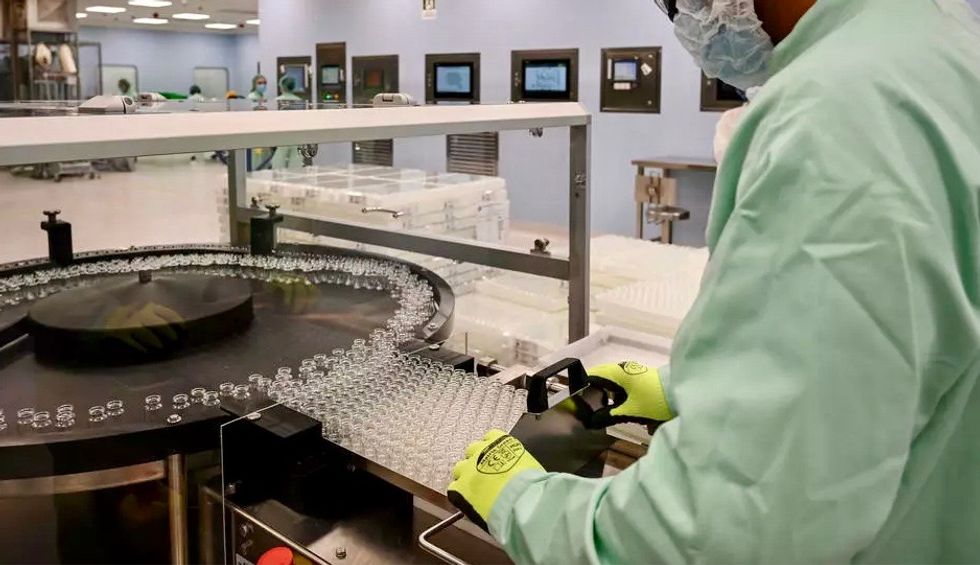 A clinical trial of a vaccine developed by AstraZeneca and Oxford University will continue despite the death of a volunteer in Brazil, as a review did not reveal safety concerns Vincenzo PINTO AFP/File

A volunteer participating in clinical trials of the Covid-19 vaccine developed by Oxford University has died in Brazil, officials said Wednesday, though it was unclear whether he received the vaccine or a placebo.

It is the first death reported in the various coronavirus vaccine trials taking place worldwide.

However, organizers of the study said an independent review had concluded there were no safety concerns and that testing of the vaccine, developed with pharmaceutical firm AstraZeneca, would continue.

Media reports said the volunteer was a 28-year-old doctor working on the front lines of the pandemic who died of complications from Covid-19.

"All significant medical incidents, whether participants are in the control group or the Covid-19 vaccine group, are independently reviewed," Oxford said in a statement.

"Following careful assessment of this case in Brazil, there have been no concerns about safety of the clinical trial, and the independent review in addition to the Brazilian regulator have recommended that the trial should continue."

National health regulator Anvisa confirmed it had been "formally notified of the case on October 19" and had received a report on the independent review from the security and evaluation committee overseeing the study.

The D'Or Teaching and Research Institute (IDOR), which is helping organize the tests in Brazil, said the independent review process had "raised no doubts about the safety of the study, and recommended it continue."

Oxford and AstraZeneca previously had to suspend testing of the vaccine in September when a volunteer in Britain developed an unexplained illness.

Trials resumed after British regulators and an independent review concluded the illness was not a side effect of the vaccine.

Half the volunteers in the final-stage clinical trial -- a double-blind, randomized, controlled study -- receive a placebo, IDOR said.

Around 8,000 volunteers have been vaccinated so far in Brazil, and more than 20,000 worldwide, it said.

Study participants must be doctors, nurses or other health sector workers who come into regular contact with the virus.

Brazilian newspaper Globo said the deceased volunteer was a young doctor who had been treating Covid-19 patients since March in the emergency rooms and intensive care units at two hospitals in Rio de Janeiro.

He graduated from medical school last year, and was in good health prior to contracting the disease, family and friends told the newspaper.