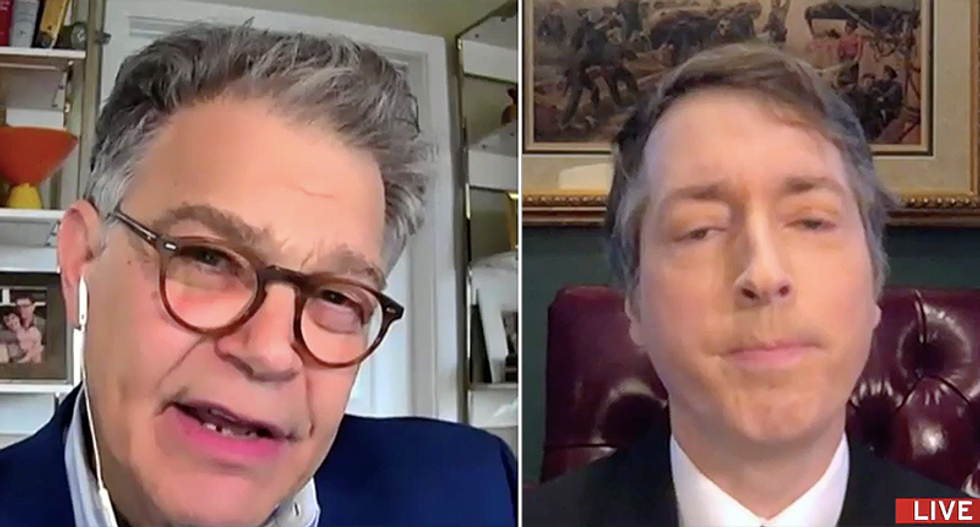 Barrett, like many conservatives, is being caught in a hypocrisy loop trying to justify why ramming through her nomination is different from examples in the past she said she opposed.

"Hitting Judge Barrett for alleged hypocrisy during the [Merrick] Garland nomination -- what you said, the crux of her remarks, in that interview, was that under our constitutional system the president has the power to nominate and the Senate has the power to confirm or not," said Lowry. "And both of them can act or not in keeping with their own prerogatives. So, the idea that she was hypocritical is a gross misreading of what she said."

Franken cut in to explain that Lowry was only quoting part of Barrett's remarks and ignoring the rest of the speech she made at the time.

"That's one of the things she said. But she went to great lengths to explain why it was proper to seat Justice Kennedy in 1988, but not to take up Merrick Garland and she went out of her way to say, 'Oh, they're already casting primary votes,'" Franken recalled. "That's what she said. 'They're already doing votes in New Hampshire.' She did say that. And why would she say that if it didn't matter?"

He encouraged Lowry to go back and look at the whole piece he was citing to see the "complete" hypocrisy.

Franken's takedown was so good that it prompted former Sen. Claire McCaskill to applaud enthusiastically.

See the takedown in the video below: