WATCH: Biden jogs up stairs to board airplane as Trump recovers from COVID-19 in hospital 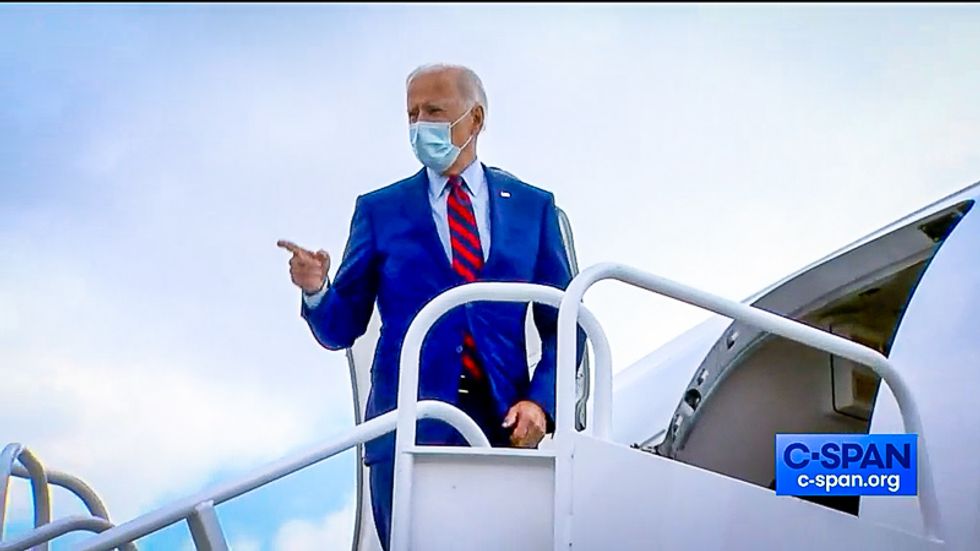 Democratic candidate Joe Biden demonstrated his physical fitness on Monday by jogging up the stairs to his campaign airplane.

Before leaving his home state of Delaware for a campaign event in Florida, Biden told reporters on the airport tarmac that he would be willing to go forward with a presidential debate if the experts say it's safe.

"Listen to the science," Biden said. "If the scientists say that it's safe then I think that's fine. I'll do whatever the experts say is the appropriate thing to do."

"I'm looking forward to the opportunity to have a town hall meeting if that occurs," he added.

With that, the former vice president turned and bounded up the stairs to board his campaign jet.

The display of Biden's physical fitness could be seen as a contrast to President Donald Trump, who is currently battling a COVID-19 infection in the hospital.