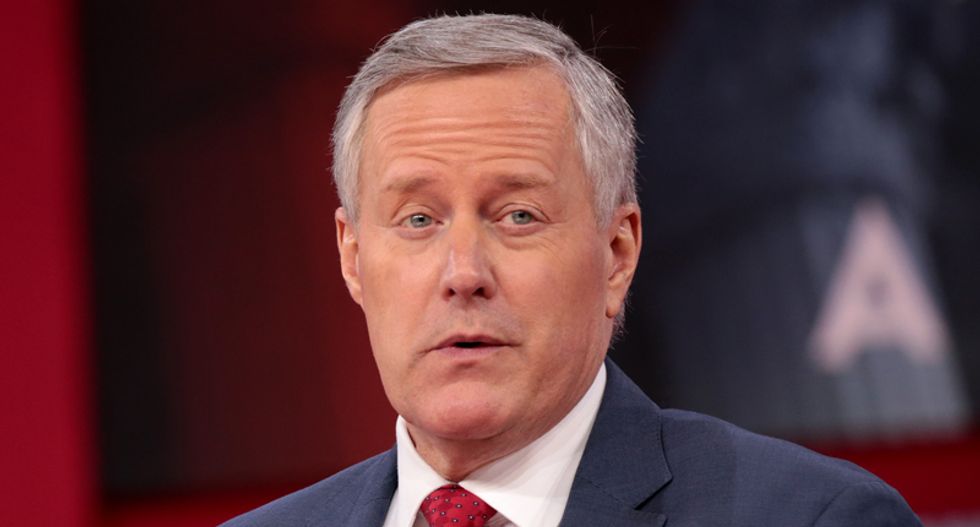 "A study from Columbia University ... found that anywhere from 130,000 to 210,000 lives potentially could have been saved over these past eight, nine, ten months with a more robust federal response," said Blitzer. "Why did the president say just this week when he was asked what he would have done differently, he said not much?"

"Well, I can tell you that if your study says that they can save 210,000 lives, I haven't read it, but it would be very difficult to imagine that scenario ... I don't know that any scientist or any doctor would agree with that particular analysis," said Meadows. "What we have here is a clock that keeps talking about the number of cases that we have. It really doesn't talk about the advances that we need to make on the therapeutics, vaccines and treatment side of things."

"Tell the president we would also appreciate if he would say what the former New Jersey governor, Chris Christie, said today," said Blitzer. "He had COVID, too, as you know. Wear a mask. Don't think this is a political statement or anything. Just go ahead and do it. And don't have these rallies where people are just so close together and not wearing masks. It's potentially a super-spreader. It's so dangerous. You know that, Mark."

"Well, well, with all due respect, the president has talked about wearing masks," said Meadows. "They do pass out the masks. Here is another thing, Wolf—"

"He should be an example," said Blitzer.

"Hold on. Let me — Wolf, let me finish my statement, then you can — we'll go back and forth," said Meadows. "The mask is not the panacea to make sure this doesn't spread. Will it help in confined spaces? Certainly it helps ... at the same time, we need to make sure we do follow the science. The president is encouraging us to do that. I encourage all Americans to do that. But we also need to understand that wearing a mask — if we could say we mandate masks and everybody can go back to work, then that would be something to consider. But even the doctors, even the most — even Dr. Fauci would say that that is not something that would protect all Americans."

"No, but he does say wear a mask and engage in social distancing," said Blitzer.