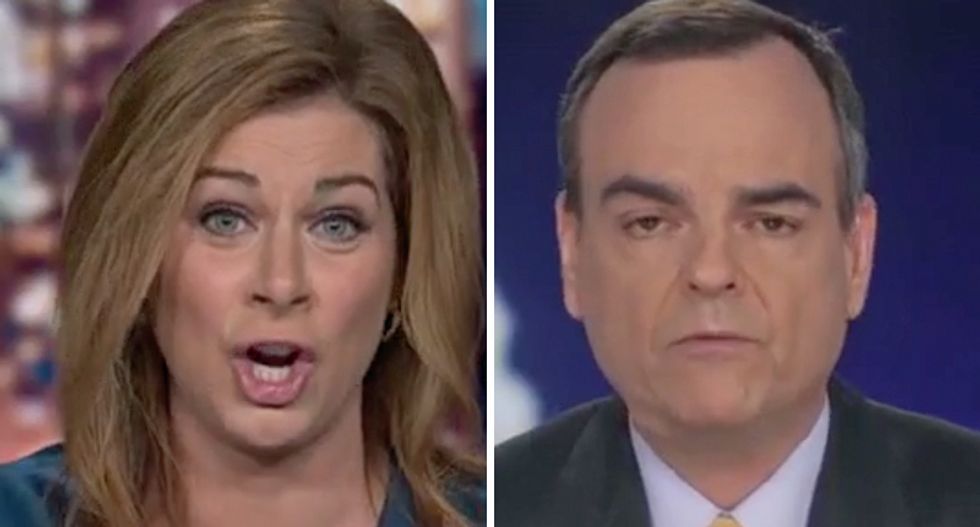 On CNN Thursday, Trump campaign communications director Tim Murtaugh tried to paint President Donald Trump as a leader on public health — and anchor Erin Burnett promptly brought him back down to earth.

"The president has always made clear that people should wear masks. He said it's patriotic to wear a mask. He also has said that it's very important that people take precautions and be safe," said Murtaugh. "But he also doesn't want us to get to a point in this country where we go back to another society wide shutdown, like Joe Biden said he would consider if he were president."

"Let me just say this," said Burnett. "It comes back to what Chris Christie had to say and Ben Sasse today. It comes back to how the president led on this. Chris Christie says, 'We have not treated Americans as adults.' Ben Sasse, on a call with thousands of constituents, says of the president of the United States, 'I don't think the way he's led through COVID has been reasonable or responsible or right.' This is pretty damning, because it's coming from your own party. And Chris Christie was in the debate room with the president, right? There's no one who has been more central to his debate prep and his re-election than Christie."

"The president wants people to be safe, wear masks, socially distance, use hand sanitizer, wash their hands all the time," said Murtaugh. "And if Joe Biden had been president in January, we as a country would be in far worse position today than we are, and it is thanks to President Trump's leadership. Remember, the initial estimates were over 2 million people dead. The president has led on this issue."

"I understand you've got to play the hand you're dealt with," said Burnett, as Murtaugh tried to talk over her. "But to say that the president encourages people to wear masks and says it's patriotic because he said it one time, when he comes out of the hospital, walks up the steps of the White House, and rips his mask off — when Chris Christie gets out of the hospital after seven days in the ICU, he says I was wrong, I have learned."

"He had coronavirus," said Burnett. "He had the eyes of the world on him. Tim, you can talk over me all you want. This is one of these objective things that what he did at that moment was awful. And it was inappropriate and irresponsible."