WATCH: Former Trump voters explain what sent them over the edge -- and got them to back Biden 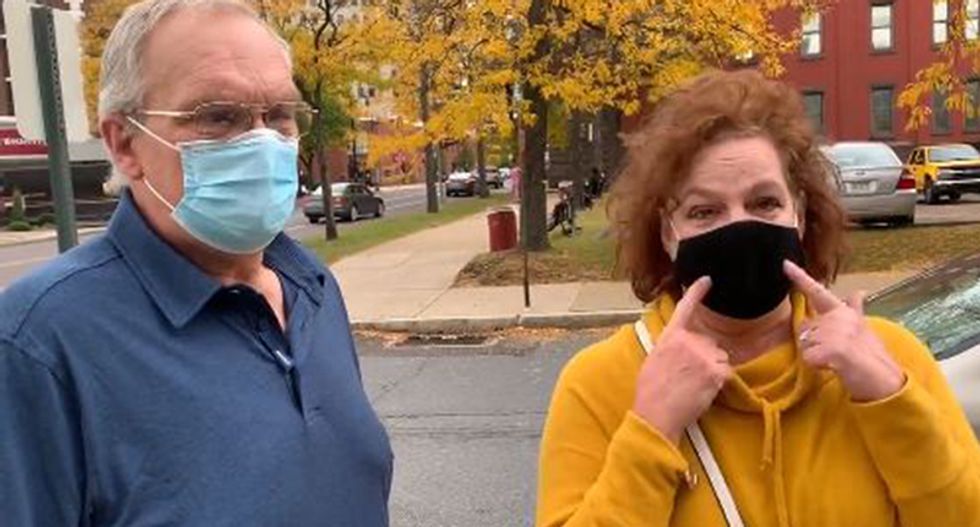 HuffPost reporter Daniel Marans talked with voters Tuesday outside the Luzerne County building in Wilkes-Barre, Pennsylvania, ahead of President Donald J. Trump's rally in the state. The line for early voting was about an hour long with most of the queue being held inside. Marans reported that, "People also have questions/requests. But you can drop off a pre-completed absentee ballot in the blue box."

Specifically, Marans spoke with Michael Scott, a chef by trade, and Lee Kuczynski, a food service worker, about their former voting patterns. Both of the interview subjects said "dishonesty" was one of the main reasons for choosing Biden over Trump this election year.