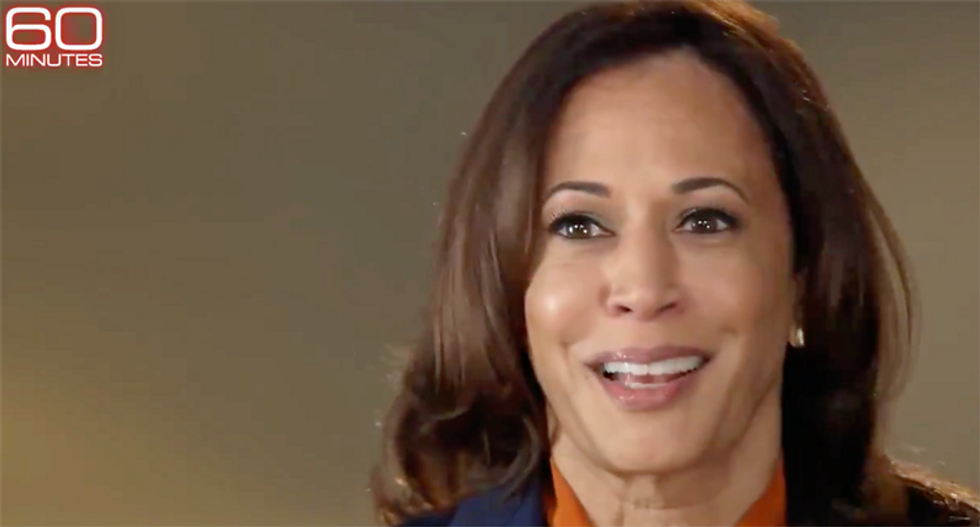 Sen. Kamala Harris (D-CA) laughed when asked if President Donald Trump was racist during a 60 Minutes interview that aired Sunday evening on CBS.

"Do you think the president is racist?" Nora O'Donnell asked.

"You can look at a pattern that goes back to him questioning the identity of the first Black president of the United States," she said, referring to the racist "birther" conspiracy theory he pushed against Barack Obama.

"You can look at Charlottesville, when there were peaceful protesters and on the other side neo-Nazis and he talks about fine people on either side," she continued. "Calling Mexicans rapists and criminals? His first order of business was to institute a Muslim ban?"

"It all speaks for itself," she concluded.