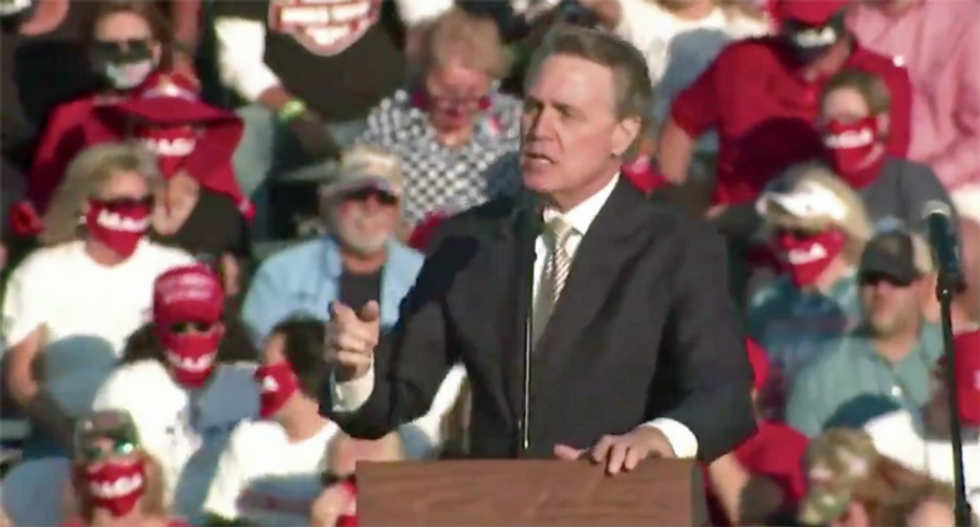 Republicans are playing political defense in the once reliably-red state of Georgia.

President Donald Trump is holding a Friday night campaign rally despite the coronavirus pandemic and had Sen. David Perdue (R-GA) warm up the crowd.

Perdue has served alongside Sen. Kamala Harris (D-CA) in the U.S. Senate for 1,382 days, but pretended to not know how to pronounce her name during his speech.

"Bernie and Elizabeth and Kah-mah-la or Kah-ma-la or Kamamboamamla or however you say it," is the rough transcript CNN's Ryan Nobles provided on Twitter.

Perdue then warned the crowd of a potential liberal take over of government with "Bernie and Elizabeth and Kah-mah-… https://t.co/HfzIj3GGUM
— Ryan Nobles (@Ryan Nobles) 1602885401.0

Perdue is being challenged by Democrat Jon Ossoff, whose campaign posted video of the speech to Twitter:

Purdue was blasted for his remarks: