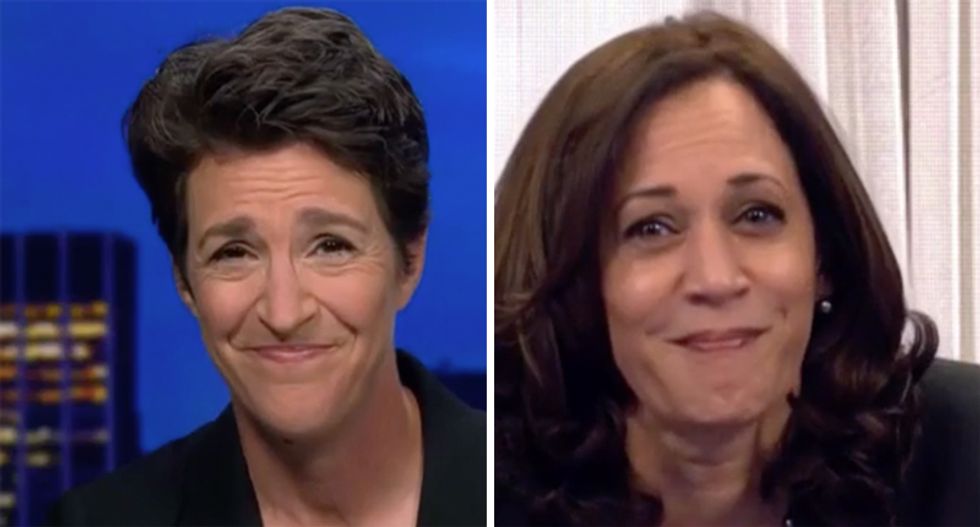 On MSNBC Wednesday, Rachel Maddow asked Sen. Kamala Harris (D-CA) to weigh in on the infamous fly that came to land on Vice President Mike Pence's head during the vice presidential debate.

"I just realized I would kick myself if I didn't just ask you, before I let you go, if you noticed the fly on Vice President Pence's head at the time during the debate?" asked Maddow, as Harris burst out laughing. "Or if that was something only — we could see it at home. Could you see it sitting next to him?"

"Did you have feelings about like — did you have the instinct to—" said Maddow.

"You know, Rachel, I just — you know, I think that it's important that we kind of find a way, all of us, to move on and, you know, kind of fly away from this subject on to something else," said Harris.