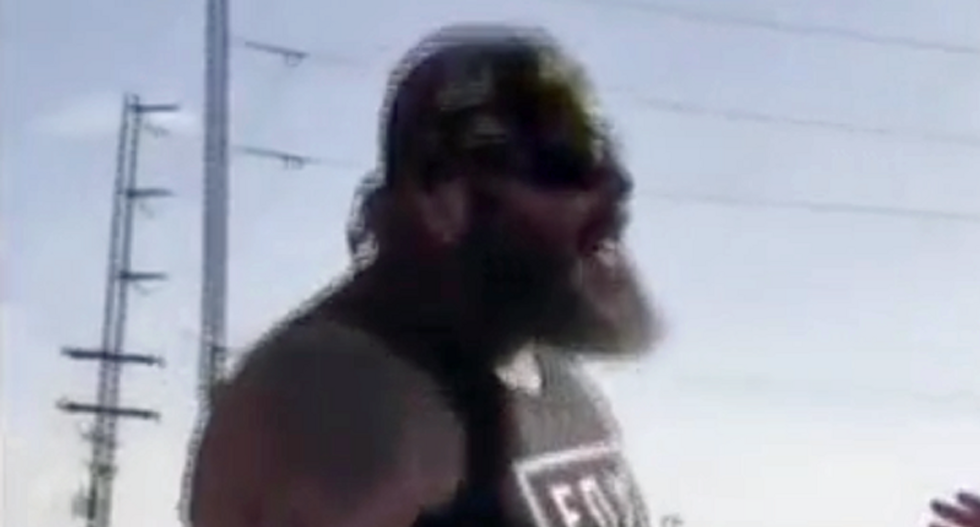 Trump supporters and progressive activists have met at the corner of Rosedale Highway and Coffee Road in Bakersfield, Calif. for the past three weeks to sell merchandise for their candidates of choice. Often, these individuals would commence in civil discussions spanning the liberal and conservative spectrum, but mostly adhering to the boundaries laid forth by their respective groups. The people purchasing their election items...that's another story.

Violence erupted when a Trump supporter walked her dog past a table seated with progressives. Harris recalled, “She was allowing her dog to sniff all of our stuff. It kept going towards our table so my friend tried to push her dog out of the way. Another supporter came up and started yelling that we had shoved her dog.”

Somewhere between one or both accounts lies the truth of the situation, but what they both agreed on was that the Trump supporter threw his hand a the other person's head, missed, and then threw two punches at his face. He then flipped over the progressive activists' table.

“The people next to us who are selling the merch have been peaceful,” Harris said. “We offer each other water and we’re on good terms. It’s the people that come and buy the merch. It’s the Trump supporters that buy the merch that have been antagonizing us and giving us problems.”

“I just wish we could come together as a community, both sides, and actually start working towards trying to fix us instead of at war with each other,” Todman said.

The police are still searching for the Trump supporter who attacked the progressive activists.

Watch the video recap below.