WATCH: Trump walked out of a 1990 interview with CNN when they asked about his finances 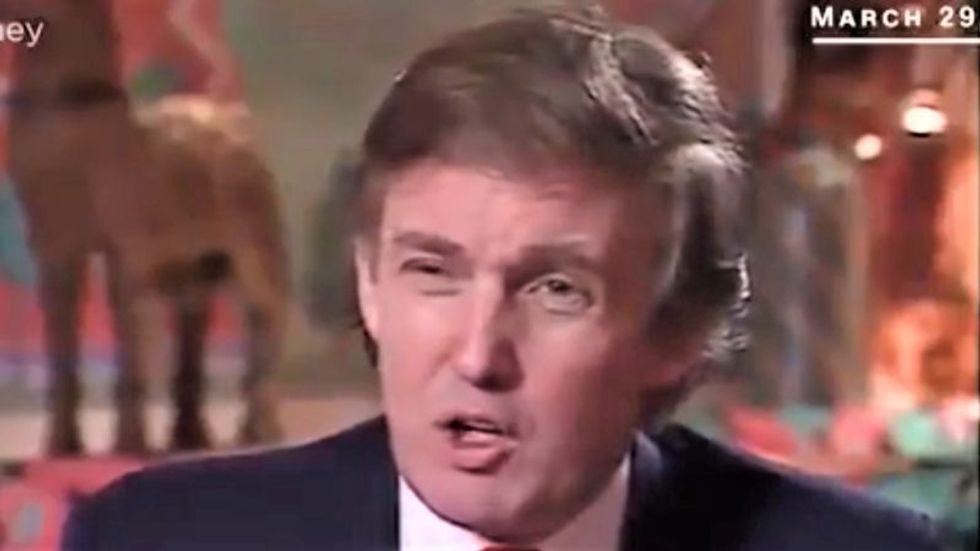 Long before he became the president, Donald Trump was a business tycoon who had trouble holding onto his money.

As New York Times reporting on the president's personal income tax records has shown, Trump throughout his career would frequently burn through money at a stunning rate throughout the 1990s, at one point reporting adjusted gross losses of nearly $1 billion per year in 1994 and 1995.

The tax records obtained by the Times show that things really started going downhill for Trump in 1990, when he reported a gross net loss of $400 million.

That very same year, the future president would conduct a contentious interview with CNN reporter Charles Feldman in which he'd eventually walk off after being questioned about his finances.

In a clip of the interview posted by CNN's Andrew Kaczynski, Trump can be seen ranting to Feldman that libel laws are too protective of the media before going on to criticize him for purportedly "inaccurate" reporting.

"What was inaccurate so far?" Feldman asked.

"I thought your demeanor was inaccurate," Trump responded. "I thought that questions you were posing to people in my organization were false and unfair."

"Questions, by definition, can't be inaccurate," the reporter shot back.

At this point he walked off the set.

Trump's 60 Minutes interview reminded me of when he walked out of a 1990 interview with CNN when asked about his fi… https://t.co/hqhi5wxwLj
— andrew kaczynski (@andrew kaczynski)1603811112.0