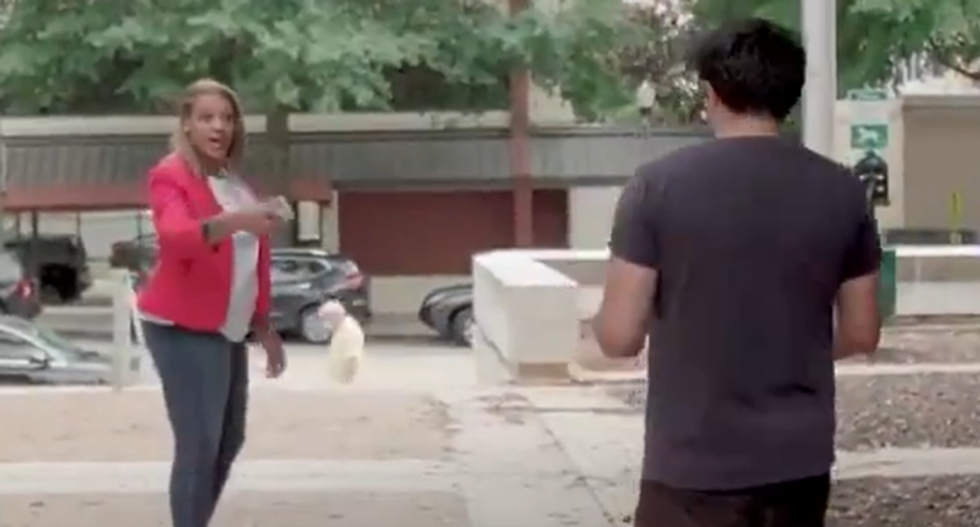 On Wednesday, Angela Stanton-King — a Trump-loving GOP candidate running for the late civil rights hero Rep. John Lewis' congressional seat in Metro Atlanta — was interviewed by The Guardian's Oliver Laughland, and angrily cut short the interview when asked about her past tweets appearing to reference the QAnon conspiracy theory.

Believers of QAnon, which holds that Trump is secretly working to bring down a Democratic-controlled ring of cannibalistic, Satanic pedophiles, have dabbled in anti-Semitism and have been flagged as a source of domestic terrorism. As a result, some Republican candidates who have affiliated themselves with it now try to deny their involvement — as Stanton-King tried to do.

When Laughland asked her to explain a tweet in which she warned of "a major cover up for PEDOPHILIA and HUMAN TRAFFICKING," she replied "That has nothing to do with QAnon." Laughland then asked "what about that tweet that says 'The storm is here?'" — a popular catchphrase of QAnon believers — and Stanton-King said, "It was raining that day."

Ultimately, faced with questioning, Stanton-King said, "We're done, let's go," and walked out of the interview.