'What am I missing?': Amy Coney Barrett unable to name five freedoms in First Amendment 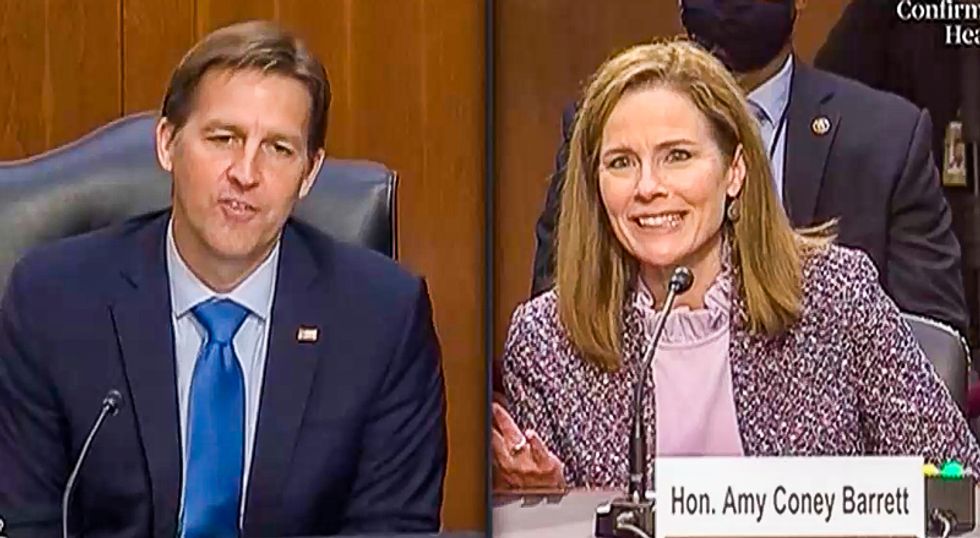 Judge Amy Coney Barrett on Wednesday struggled to name the five freedoms that are protected by the U.S. Constitution's First Amendment.

During her confirmation hearing, a Republican senator queried the Supreme Court nominee about her views on the First Amendment.

"What are the five freedoms of the First Amendment?" Sen. Ben Sasse (R-NE) asked.

"Speech, religion, press, assembly," Barrett replied, counting with her fingers. "I don't know. What am I missing?"

"Why is there one amendment that has these five freedoms clustered?" Sasse continued. "Why do they hang together?"

"Um, I don't know what you're getting at," Barrett said.