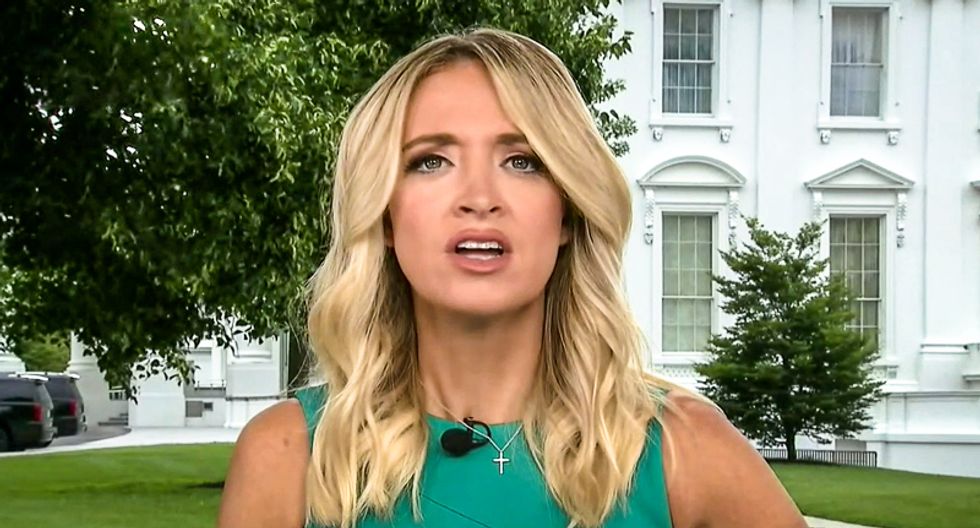 White House Press Secretary Kayleigh McEnany struggled on Thursday to back up President Donald Trump's claims that several ballots had been found floating in a river.

The trouble started when Fox News Radio reporter Jon Decker asked McEnany to justify some of the president's wild claims being thrown around about mail-in ballots.

"The other day he said, 'They found a lot of ballots in a river,'" Decker began. "Who is they?"

McEnany claimed that the president was referring to reports that a bag of mail in Wisconsin, which included some absentee ballots, had ended up in a ditch.

Decker wouldn't let her off the hook, however.

"In this particular statement, who is 'they' who found those ballots and where is this river?" he asked.

"The local authorities and it was a ditch in Wisconsin!" she snapped back, before accusing him of "missing the forest through the trees" by asking her to verify the president's claims.

"I like to report accurately in the news," Decker shot back. "When the president says 'they found a lot of ballots in a river,' I simply want to know where the river is."

"No, you simply want to ignore the fact of the matter!" McEnany replied. "You are ignoring the problem here!"