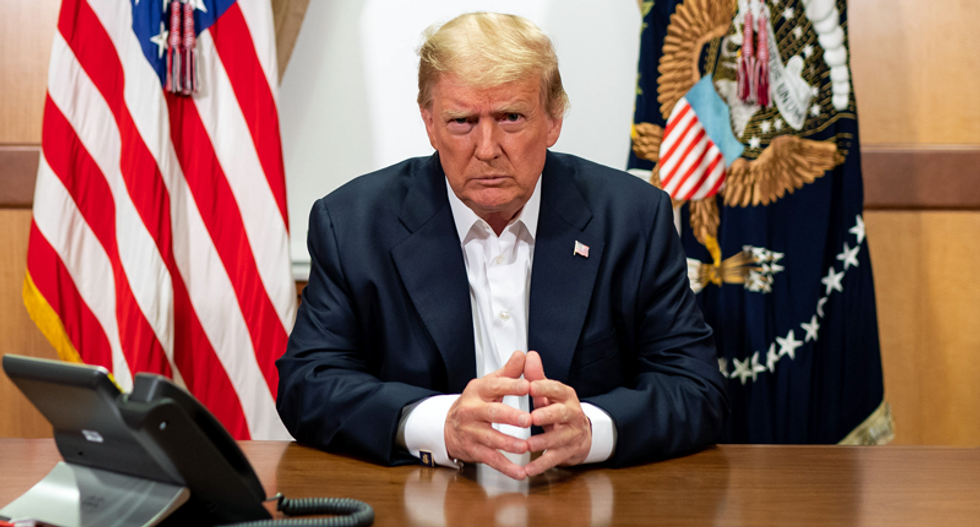 President Donald Trump has repeatedly hinted to voters that a COVID-19 vaccine could be released before the 2020 election.

On Monday, it was reported that the White House was blockading FDA guidelines that would make it unlikely that a vaccine could be released before election day.

After public outrage, the White House has apparently backed down.

"The White House endorsed the U.S. Food and Drug Administration’s plans for assessing whether a Covid-19 vaccine should be given widely, casting aside objections to requirements that would likely mean a shot won’t be cleared until after Election Day," The Wall Street Journal reported Tuesday, citing "people familiar with the matter said."

"For two weeks, Trump administration officials had expressed opposition to the plan, in large part because it called for a two-month observation period to see whether people who got the vaccine had suffered negative side effects, The Wall Street Journal has reported. That two-month waiting period would make it all but certain that any vaccine couldn’t be approved for use in the U.S. before the election, a target that President Trump had been aiming for.

"Jungle Cruise," Disney's new nostalgia-soaked adventure film based on a 1950s theme park ride, has an unexpectedly modern twist -- one of its main characters comes out as gay.

A scene in which Jack Whitehall's character discusses his sexuality with Dwayne "The Rock" Johnson's Amazon boat captain, though far from ground-breaking by modern cinema terms, is a departure for the traditionally conservative studio.