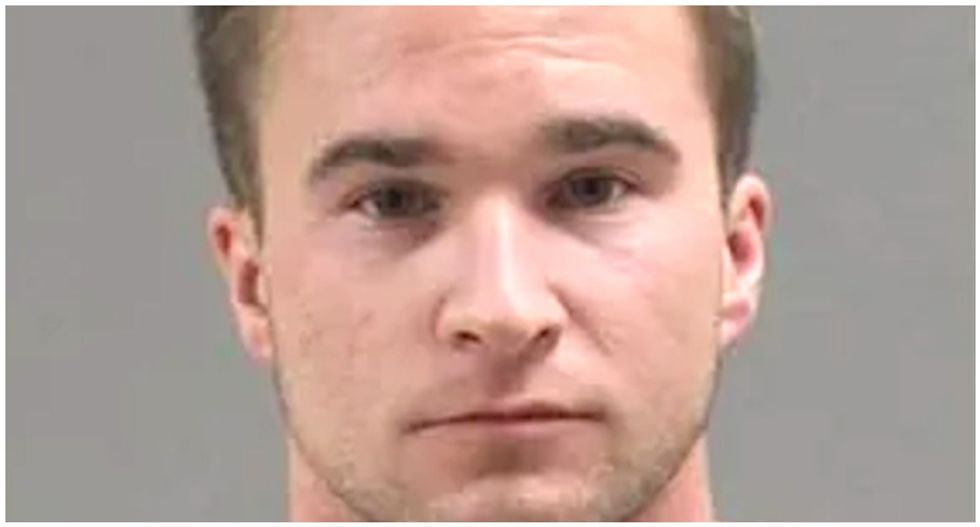 A Michigan man is facing nine criminal counts in the wake of a violent campaign of intimidation against a Black family who are his neighbors, but he insists he's not racist and wants the family to forgive him, the Detroit Free Press reports.

Michael John Frederick, Jr., who is white, is accused of firing multiple gunshots into the home and vehicle of the family, writing graffiti on their vehicle and slashing tires.

“I am extremely regretful of what I did,” he said of his attacks against Eddie and Candace Hall. “I can say it’s not like me. I acted way out of character. This wasn’t about the color of anyone’s skin.”

But according to a police detective who testified in court, Frederick "claimed he targeted [the Halls] due to a Black Lives matter sign that had been displayed in the front window of the house." The words “terrorist,” “black lives matter,” “get the f--- out” and “not welcome” with a swastika were reportedly written on the family's truck.

The two most severe of his charges -- discharging a firearm at a building -- is punishable by up to 10 years in prison.

During an arraignment this Thursday on the charges, Warren District Court Judge Michael reprimanded Frederick, saying that it's of “great concern to me if, in fact, these things do bear out to be true. People should reasonably be able to disagree about politics without it resorting to violence."

“If you have a disagreement with someone about facts, engage them in conversation, try to figure things out," the judge continued. "That’s what America is about. But using violence, whether motivated by race or politics or hatred or acrimony, I don’t care. That is not what America is about. We have enough problems in this country without people shooting or violence or disruptions or riots or looting or burning over politics."

“Think what you want to think. Believe what you want to believe,” Chupa said. “But if you expect people to respect your opinions, then perhaps you should do the same for others. I’m greatly concerned about the allegation that violence was used as a result of opinion difference.”

Frederick is scheduled to appear in court again on October 13 and October 20.