Who is Ken Paxton, the Texas attorney general accused of bribery and abuse of office? 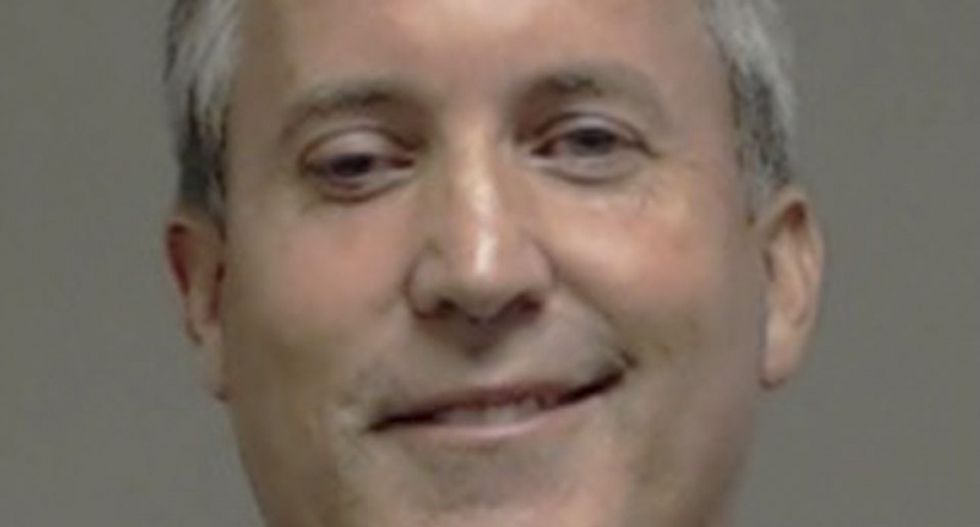 Texas Attorney General Ken Paxton is in hot water again. In a letter obtained by the Austin American-Statesman and KVUE-TV, seven senior aides said they believe their boss is “violating federal and/or state law including prohibitions related to improper influence, abuse of office, bribery and other potential criminal offenses.” The brief letter says the officials reported the violations to law enforcement but did not provide details about the alleged crimes.

Separately, Paxton was indicted five years ago on felony charges of securities fraud. There is still no trial date set.

Here’s what we know so far about the latest allegations against Texas’ top legal official.

First of all, who is Ken Paxton?

Paxton, a 57-year-old Republican, has served as the attorney general of Texas since January 2015. He was reelected in 2018. He is also an ally of the president and serves as co-chair of the Lawyers for Trump coalition.

Previously, Paxton served as a Texas state senator and a state representative.

As attorney general, Paxton is Texas’ top lawyer. His office represents the state in legal matters that affect the state’s 29 million residents. Since he’s been in office, Paxton has targeted issues that appeal to the most conservative flank of the Republican Party, leading an ongoing attack to overturn the Affordable Care Act and seeking to end the Deferred Action for Childhood Arrivals program. His office is also responsible for consumer protection issues and public records law.

His wife, Angela Paxton, is a Republican state senator for North Texas’ District 8.

What do we know about the most recent allegations against him?

“Each signatory below has knowledge of facts relevant to these potential offenses and has provided statements concerning those facts to the appropriate law enforcement authority,” the letter reads.

The one-paragraph letter didn’t have any details about what abuses and criminal offenses were alleged.

But media reports have tied the allegations to Paxton’s relationship with Nate Paul, an Austin real estate developer and Paxton donor.

“Each of the individuals on this text chain made a good faith report of violations by you to an appropriate law enforcement authority concerning your relationship and activities with Nate Paul,” Mateer wrote in a text message to Paxton obtained by the Houston Chronicle.

Mateer, who resigned Friday, and the other officials felt compelled to act after Paxton appointed a special prosecutor to target “adversaries” of Paul, according to the Houston Chronicle and Austin-American Statesman.

Who is Nate Paul, the other guy allegedly involved in this?

Paul is an Austin real estate developer whose net worth Forbes estimated at around $800 million in 2017. His assets include some of Austin’s most prime downtown properties and a smattering of self-storage facilities. But his real estate empire has shown signs of decline, with at least 18 of Paul’s companies declaring bankruptcy in the past year, according to the Austin Business Journal.

In 2019, his home and business office were the targets of an FBI raid.

How has Paxton responded to the recent allegations?

Paxton said Monday he isn’t stepping down and called the allegations “false.”

He said Monday he was merely investigating a case that had been sent to the agency, as is his responsibility, and pointed his finger back at his staff.

“Despite the effort by rogue employees and their false allegations I will continue to seek justice in Texas and will not be resigning,” Paxton said in a statement.

How are other officials responding to the allegations?

U.S. Rep. Chip Roy, Paxton’s former chief deputy, called for Paxton’s resignation Monday, becoming the most high-profile Republican yet to do so. He also announced he’d be returning a $2,700 donation from Paul.

Gov. Greg Abbott said Sunday in a statement the “allegations raise serious concerns,” but he was withholding further comment “until the results of any investigation are complete." Lt. Gov. Dan Patrick called the news “obviously concerning” and also said he would wait until the investigation was complete to comment.

Why was Paxton indicted in the first place?

More than five years ago, Paxton was indicted on felony securities fraud charges.

Paxton is accused of persuading investors to buy stock in a technology firm without disclosing that he would be compensated for it. He has maintained his innocence and criticized the prosecution as politically motivated. Paxton has yet to go to trial on the charges. The case has been held up on various side issues including venue and prosecutor pay.