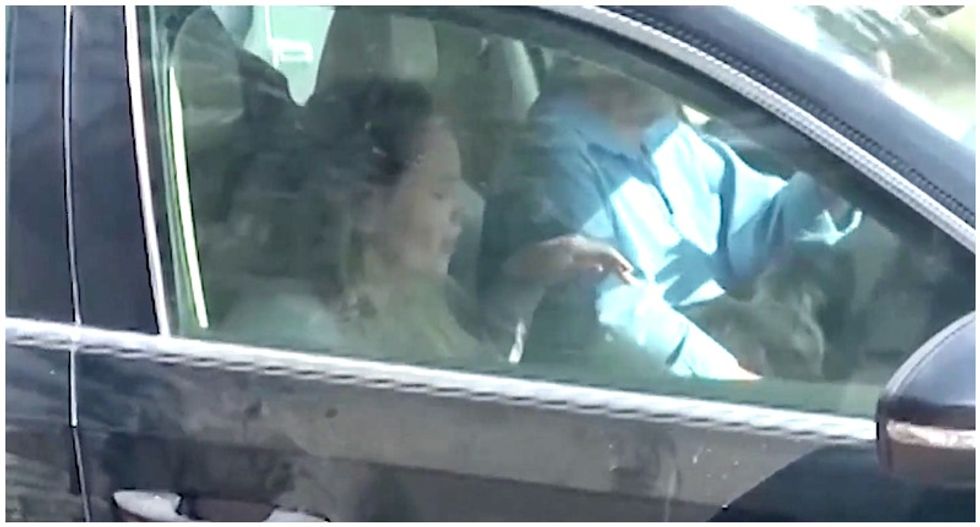 Kashmire Duran, 37, assaulted a Black security guard and shouted racial slurs at a supermarket in West Hollywood, California, in an incident that was captured on video.

KTLA reports that security guard Natosha Lawson said she intervened when she saw Duran arguing with her father, but Duran then turned her anger towards her.

“She gets a water bottle and she throws it at me and says get the f— out of here,” Lawson said. During the course of the confrontation, Duran lobbed the N-word at Lawson more than once.

Lawson said that a physical struggle started when Duran shoved her phone in her face.

“Then she catches my finger in her mouth and proceeds to chomp down on my finger,” Lawson said.

When Duran and her father tried to drive away, a passerby stood in front of the car until police arrived.

Duran was arrested and faces a possible felony charge.

Watch KTLA's report on the story below: