'I will sue you!' Woman caught on video threatening neighbor over 'terrorist' Joe Biden yard sign 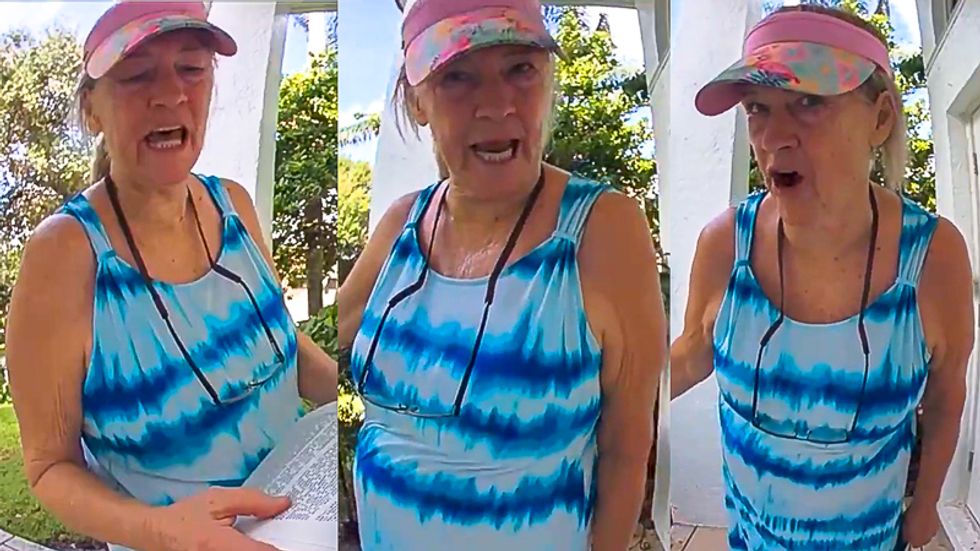 A woman was caught on video threatening to sue her neighbor who was displaying a campaign sign for Democratic nominee Joe Biden.

Surveillance video of the confrontation was shared by Twitter user @davenewworld_2.

"I want to show you something," the woman says in the surveillance video. "Get out your neighborhood bylaws. In section 5.20, no sign shall be in the yard!"

"If you don't take this terrorist Biden shit down, I will sue you!" the woman exclaims. "And I was going to have you sell my house but that's not going to happen now and you're going to lose a lot of business because of this crap."

"You get out your neighborhood association bylaws!" she demands. "Section 5.20!"