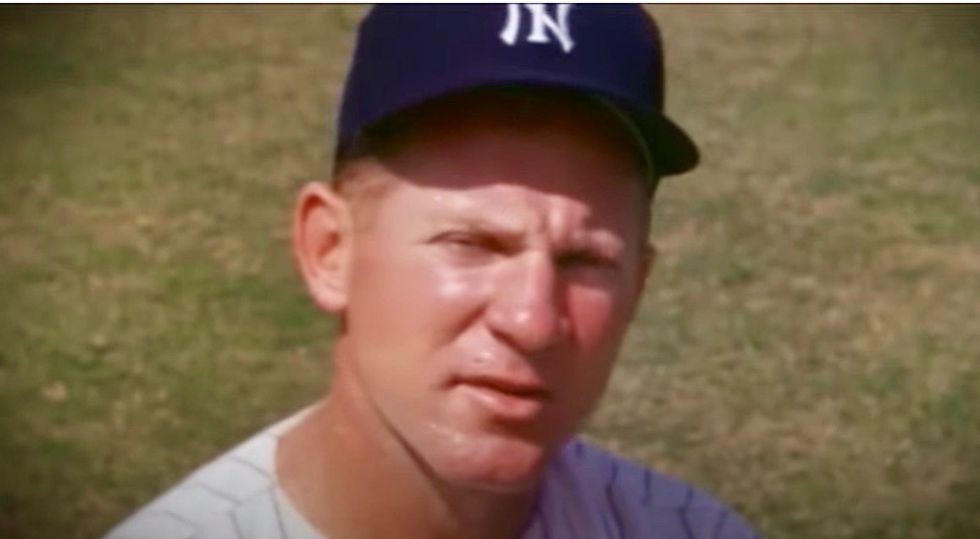 Ford died Thursday night surrounded by his family watching the Yankees in a playoff victory over Tampa Bay, the team said.

"All of Major League Baseball mourns the loss of Whitey Ford, a New York City native who became a legend for his hometown team," MLB commissioner Rob Manfred said.

"Whitey earned his status as the ace of some of the most memorable teams in our sport's rich history."

The left-hander nicknamed "Chairman of the Board" went 236-106 with a 2.75 earned-run average over 16 seasons with the Yankees, taking the 1961 Cy Young Award as the American League's top pitcher.

Ford, inducted into the Baseball Hall of Fame in 1964, has a .690 winning percentage, the highest of any modern-era pitcher with at least 150 triumphs.

"He was a treasure and one of the greatest of Yankees to ever wear the pinstripes... In so many ways he encapsulated the spirit of the Yankees teams he played for and represented for nearly two decades."

Steinbrenner described Ford as "New York tough" with "a genuine personality and charisma that showed throughout his life," calling his death "a tremendous loss to the Yankees and the baseball community."

Born on October 21, 1928 in New York, Edward Charles Ford attended a 1946 Yankees tryout camp as a first baseman but his strong throwing arm prompted a move to the mound and a $7,000 contract for the 1947 campaign.

"I was a Yankee fan since I was five or six," Ford said upon his Hall of Fame induction. "To think when I was 21 years old I’d be playing with (Joe) DiMaggio and (Yogi) Berra against guys like Stan Musial and Roy Campanella, it's just something I can't fathom. It has just been great."

Lefty Gomez, another famed Yankees southpaw hurler, nicknamed the blond-haired Ford "Whitey" while managing him on a minor-league squad before his 1950 MLB debut. Ford went 9-1 with a 2.81 ERA in 20 games as a rookie.

He won the clinching game of the 1950 World Series over Philadelphia, allowing only two unearned runs over 8 2/3 innings, what Ford later called "my first big thrill in baseball."

Ford missed the next two seasons while serving in the US Army during the Korean War, but was never sent overseas. He returned in 1953 to help the Yankees capture a fifth consecutive World Series crown.

Ford pitched in 11 World Series during his 16 seasons. His 10 World Series victories remain the most of any pitcher in history.

Judge Joel Cohen threw out the National Rifle Association's attempt to get the attorney general's lawsuit over the organizations' misuse of funds.

New York Attorney General Letitia James tweeted that the judge dismissed the NRA's motion to dismiss and that the lawsuit will move forward.