'You have no standing': Jake Tapper cuts Lara Trump interview after she links stuttering to 'cognitive decline' 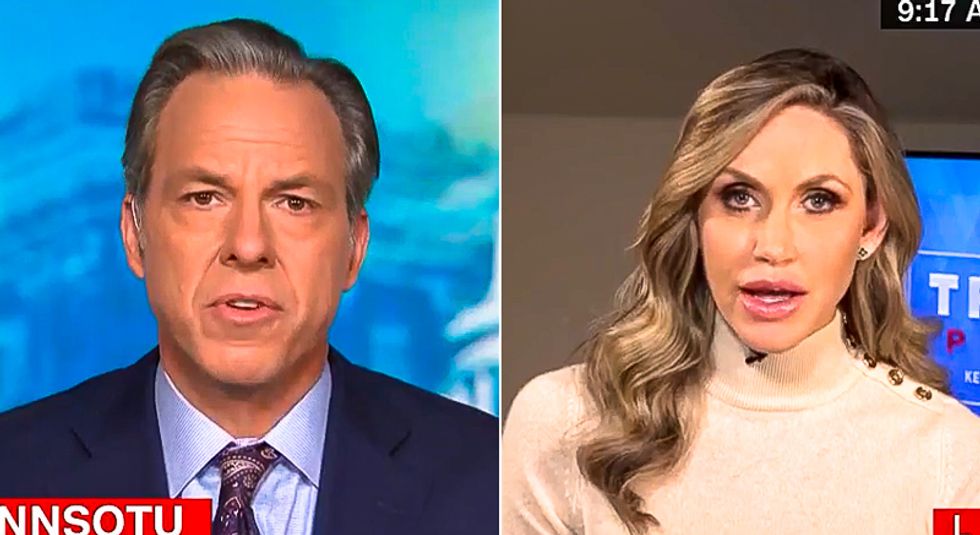 CNN host Jake Tapper on Sunday ended an interview with Trump campaign spokesperson Lara Trump after she suggested stuttering is a sign of cognitive decline.

"Joe Biden as we all know has worked to overcome a stutter," Tapper said before explaining that Biden had been an inspiration for children who stutter.

"How do you think it makes little kids with stutters feel when they see you [mocking Joe Biden]?" the CNN host asked.

"First and foremost, I had no idea that Joe Biden ever suffered from a stutter," Trump replied. "I think what we see on stage with Joe Biden, Jake, is very clearly a cognitive decline."

"OK," Tapper replied. "You have no -- it's so amazing to me that -- a cognitive decline. I think you were mocking his stutter."

"And I think you have absolutely no standing to diagnose someone's cognitive decline," he added. "I would think that somebody in the Trump family would be more sensitive to people who do not have medical licenses diagnosing politicians from afar. Plenty people have diagnosed your [father-in-law] from afar. And I'm sure it offends you."

"I'm not diagnosing him," Trump insisted.

"You just talked about cognitive decline," Tapper said and then pivoted to his final question. "I have one last question for you, Lara."

But Trump continued to talk about Biden's mental state.

"It's very concerning to a lot of people," she said, "that this could be the leader of the free world. That is all I'm saying. I genuinely feel sorry for Joe Biden."

With that, Tapper ended the interview early.

"Thank you, Lara, I appreciate it," Tapper said. "I'm sure it was from a place of concern. We all believe that."