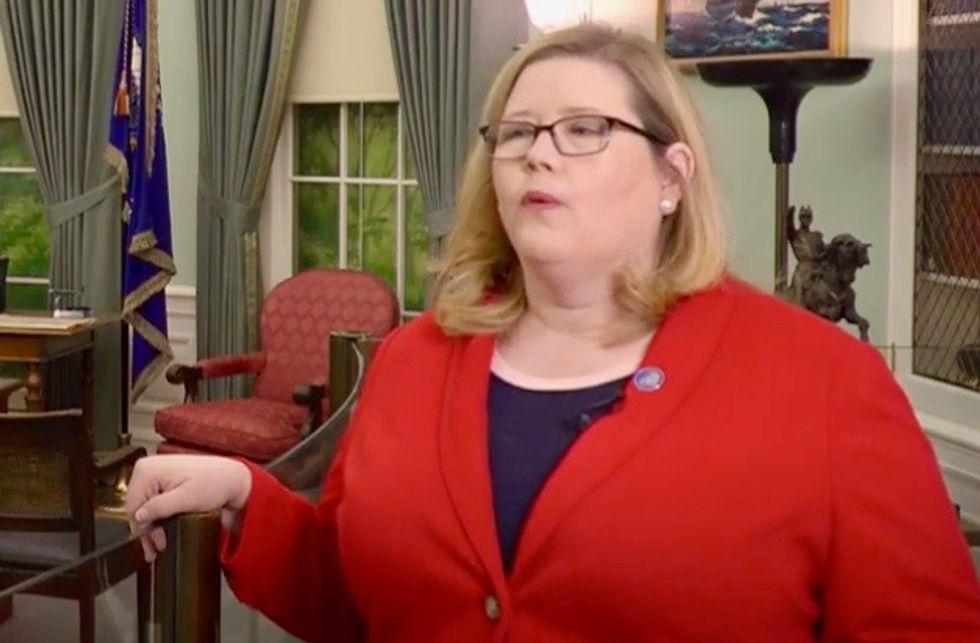 With the coronavirus pandemic surging, over 140 leading U.S. health experts sent a message Thursday to the head of the General Services Administration, who is holding up the presidential transition despite President-elect Joe Biden's decisive defeat of President Donald Trump: Sign off on the election results to save American lives.

"Every extra day of delay can only add to the death toll."

Under the Presidential Transition Act, GSA Administrator Emily Murphy—a Trump appointee—must "ascertain" that Biden won so that his team can access necessary resources. The new letter (pdf) to Murphy is signed by public health and medical school deans as well as other experts, researchers, and former officials.

"A seamless transition is necessary to ensure that the incoming administration is prepared to confront the Covid-19 pandemic from day one," said Dr. Peter G. Lurie, president of the Center for Science in the Public Interest (CSPI), which helped organize the letter. "Administrator Murphy must fulfill this responsibility immediately, as every extra day of delay can only add to the death toll."

As of Thursday afternoon, the U.S. continued to lead the world in Covid-19 cases and deaths, with more than 11.5 million and over 250,700, respectively.

"Refusing to ascertain Biden as president-elect," he explained, "means the transition team must plan for a crisis response without access to essential information about vaccine development, the nation's supply chains for protective equipment and testing supplies, and coordination with federal, state, and local authorities."

Lurie and Carome's groups joined with the Media Freedom and Information Access Clinic at Yale Law School and Protect Democracy in organizing the letter, which also raises alarm about the "rapidly worsening" pandemic and makes clear to Murphy that American lives are on the line. As the letter puts it:

In light of the public health crisis facing the nation, it is imperative that you ascertain Joe Biden as president-elect immediately under the Presidential Transition Act. Doing so will enable the incoming Biden team to liaise with key health officials in the Trump administration and prepare a robust, coordinated response to the pandemic. That coordination is critical to the Biden team's ability to evaluate vaccine development and prepare plans for vaccine distribution and deployment; fully understand state and local capacity to test for, trace, and treat Covid-19; develop specific mitigation strategies for businesses, schools, and other gathering spots; assess the national production capacity and supply chains for essential medications, personal protective equipment, and other needed medical supplies and equipment; gauge hospital bed and intensive care unit capacity and staffing; and much more.

"With the pandemic worsening nationwide and only two months until the transition of power, every day the transition is delayed is a day the country cannot afford," the letter adds. "Ensuring a rapid and smooth transition will save American lives. We urge the GSA to make an ascertainment immediately and permit the formal transition process to begin."

Since election-callers and major news networks declared Biden the victor nearly two weeks ago—with a projected 306-232 Electoral College win over the current president—Trump has taken to Twitter and the nation's courts to spread baseless allegations of voter fraud and a "rigged election." In the face of the president's lies and lawsuits, Murphy has refused to sign off on the results.

Citing unnamed sources who know the GSA chief, CNN reported Wednesday that "Murphy is struggling with the weight of the presidential election being dropped on her shoulders, feeling like she's been put in a no-win situation." In response, Charlie Pierce wrote in a column for Esquire that "there is no better illustration of how deeply perverse is the Republican denial of the reality of the 2020 presidential election than this inexcusable whitewashing from CNN of the performance of Emily Murphy."

Pierce blasted Murphy for "single-handedly gumming up the transition, as well as the efforts by the gathering Biden administration to hit the ground running on any issue, most notably the pandemic." Referencing the GOP secretary of state who earlier this week revealed Sen. Lindsey Graham's (R-S.C.) apparent election interference, Pierce added that "if Murphy needs inspiration, she can call Brad Raffensperger down in Georgia, who's taking unspeakable heat because he insists on Doing His Job."