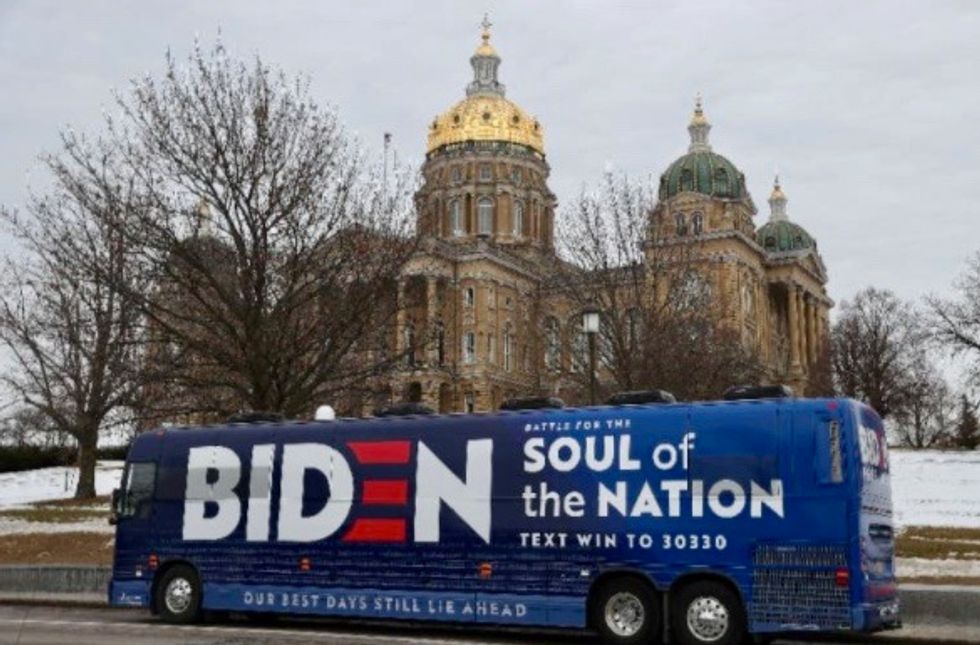 Democratic presidential nominee Joe Biden on Sunday denounced the alleged harassment of one of his campaign buses by Donald Trump supporters on a Texas highway, in an incident the FBI confirmed it is investigating.

The president himself tweeted a video of the incident late Saturday, saying, "I LOVE TEXAS."

"We've never had anything like this -- at least we've never had a president who thinks it's a good thing," Biden told supporters in Philadelphia Sunday.

He added that the president's son, Donald Trump Jr, made a video urging backers to "keep it up," and find where Biden running mate Kamala Harris is and greet her the same way.

"Folks, that's not who we are. We are so much better than this," Biden said.

The FBI's San Antonio office told AFP Sunday they were investigating the Texas incident but declined to give further comment.

An SUV belonging to the Democratic caravan was reportedly sideswiped. No injuries were reported, and it was unclear whether anyone involved was armed.

During a rally in Michigan, Trump explicitly embraced the action, saying that the Texas protesters were trying to "protect" the Biden bus.

And he later slammed the investigation on Twitter, insisting "these patriots did nothing wrong.

"Instead, the FBI & Justice should be investigating the terrorists, anarchists, and agitators of ANTIFA, who run around burning down our Democrat run cities and hurting our people!" he said.

In the videos, the bridges are packed with cars covered in Trump flags.

Local media in Colorado reported that thousands of Trump fans, also driving cars covered in Trump flags, caused traffic backups on interstate highways in a show of support for the president.

The reported incidents came amid high concern about voter suppression or intimidation, and post-election violence.

Amid the continuing fears, Democratic officials in Floyd County, Georgia, said Sunday they were canceling a campaign event after learning that a "large militia presence is expected" due to Trump's planned evening rally in the city of Rome, Georgia.

The bus was separate from a visit to Texas on Friday by Harris, whose presence was seen to show that Democrats see a chance of flipping the traditionally conservative state.

"Rather than engage in productive conversation... Trump supporters in Texas (Friday) instead decided to put our staff, surrogates, supporters, and others in harm's way," Tariq Thowfeek, a Texas spokesman for the Biden campaign, told The Texas Tribune.

Local media said the incident occurred on the I-35 highway, southwest of Austin, the state capital.

The Texas Tribune quoted the state's Republican chairman, Allen West, as dismissing the incident as "fake news and propaganda," adding, "Stop bothering me."