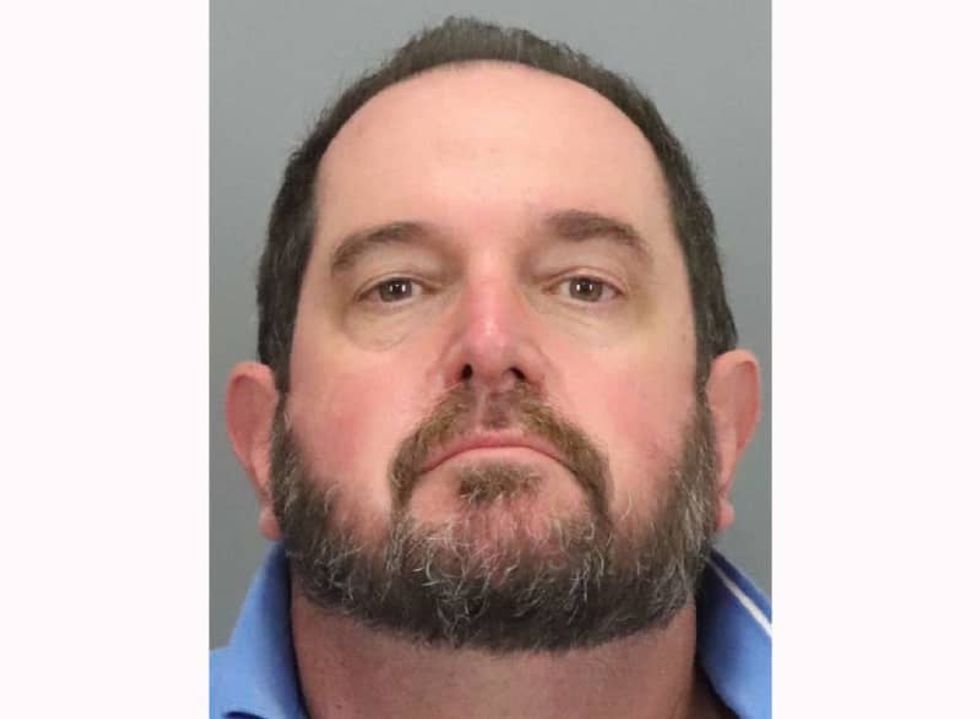 A California college teacher with ties to the far-right Boogaloo movement has been ordered to stand trial for sending threatening letters to a health official over restrictions linked to the coronavirus pandemic.

Alan Viarengo, 55, who taught math at a community college in northern California, was arrested in August at his home in the town of Gilroy where officers seized 138 firearms, thousands of rounds of ammunition and explosive materials.

At a court hearing on Thursday, a judge in Santa Clara County ruled that he must stand trial for two felony counts of stalking and threatening a public official.

One letter seemingly from the same sender expressed satisfaction that Cody was getting threats and said her address had been posted "everywhere."

"You will pay a heavy price for your stupidity, (expletive)," another letter said, according to The Mercury News.

Other letters said "You must go no matter how you go you stupid (expletive)," and “You are done … it’s over … say goodbye," the paper said.

Cody is one of the nation's most vocal officials in favor of restrictions related to the COVID-19 pandemic and as a result has been the target of protests as well as profane letters, emails and phone calls, police said.

Some of the letters Viarengo allegedly sent her had slogans of the Boogaloo movement, a loosely organized far-right wing extremist group known for their anti-government, anti-police and pro-gun beliefs, according to a police report.

Authorities said that detectives during their investigation also determined that Viarengo had sent a letter to the widow of a sheriff's deputy mocking his June killing while in the line of duty.

The Boogaloo movement has been linked to the killing, according to the authorities.

Viarengo's attorney could not be reached for comment on Friday.

Prior to his arrest, he taught at Gavilan College in Gilroy and his views were often published in the local town paper, the Gilroy Dispatch.

He is free on bail pending his trial expected to take place in January and has been barred from having any firearms.