CNN guest claims election means 'people in rural areas' are being ignored: 'Can we listen to them?' 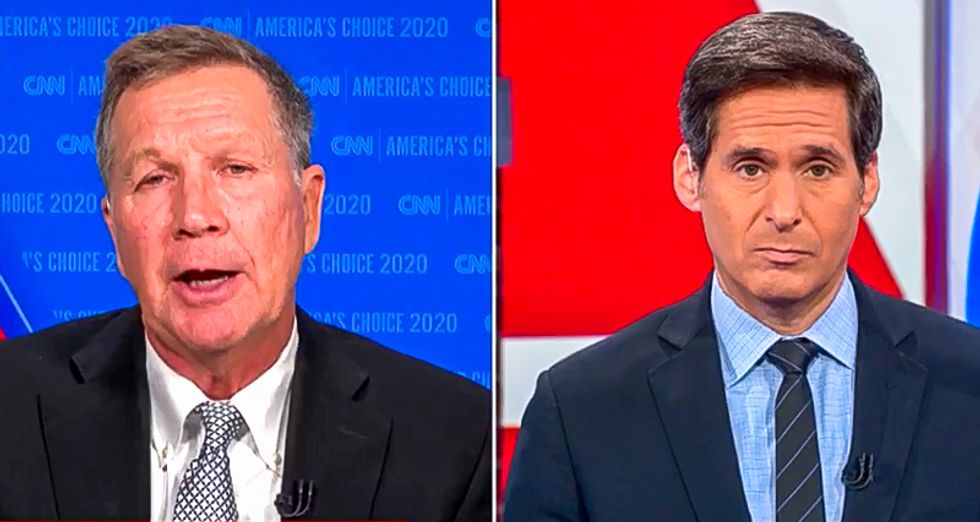 Former Ohio Gov. John Kasich (R) suggested on Wednesday that the election results mean that "people in rural areas" are being ignored.

As votes were still being counted in many battleground states, Kasich appeared on CNN to lament a "closely divided" nation.

"I think however this turns out," he said, "there can be no chest thumping, no big celebration. In fact, both parties need to listen to what the other parties want."

"It looks as though you have Joe Biden doing very well in the very urban areas of the country," Kasich continued. "But what are the people in the rural areas having to say. Can we listen to them? Can we hear what their problems are and try to solve them?"

Kasich noted that Democratic nominee Joe Biden, who he endorsed, was currently leading in enough states to give him a potential electoral victory.

"Let's see how it turns out, no big celebrations, let's be serious about America and let's listen to what people are saying who did not vote for us," he remarked. "Figure out what those people are saying, those people who live in rural America. What are they saying to the country? It appears as though they don't think they're being heard. We need to listen to them."