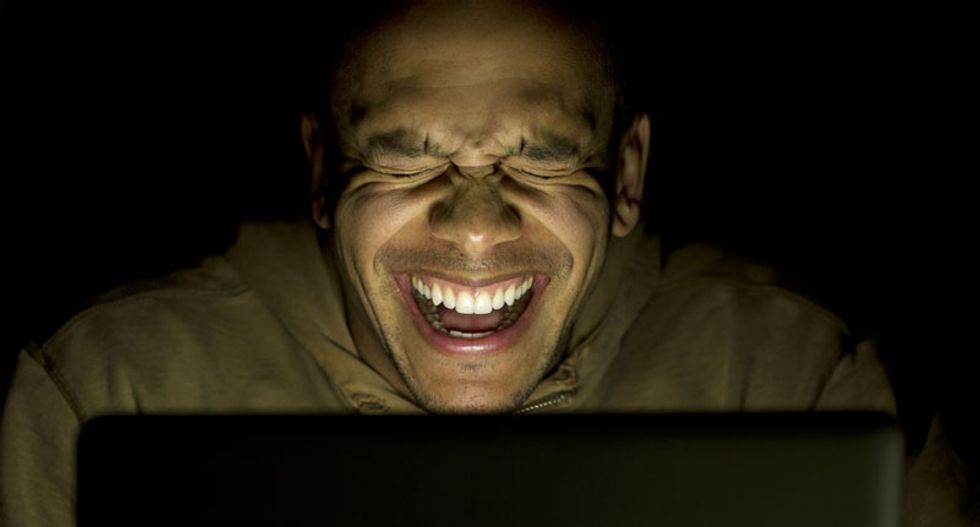 The shift has boosted right-wing favorites like Parler, Newsmax and Rumble which have rejected the approach of Facebook and Twitter in labeling and limiting the reach of conspiracy theories.

Parler, founded in 2018, saw more than 3.3 million downloads from Apple and Google marketplaces since November 3 to reach 7.3 million installs globally, according to market tracker Sensor Tower.

Large gains were also seen for other conservative-friendly services such as Newsmax -- which Trump himself endorsed -- as well as MeWe and Rumble.

These sites have left up Trump's claims of manipulation of election results in states he lost.

While alternative social networks have seen ephemeral gains in the past, the post-election trend "has reached more mainstream conservatives" who are frustrated with the large internet platforms, according to Bret Schafer, a disinformation specialist at the nonprofit Alliance for Securing Democracy.

"It's not unprecedented to see migrations like these after a crackdown" by the social media giants, according to Schafer.

"But this does feel a bit different."

Sites like Parler have attracted Republican lawmakers as well as the Trump campaign, which has used the app for some of its recent statements.

Fox Business TV host Maria Bartiromo in recent days announced she would be leaving Twitter, with a tweet saying, "I'll be posting on Parler bc as you know I won't tolerate censorship."

Bartiromo and others called on their Twitter followers to migrate to Parler.

"We don't know if this is a symbolic protest against Twitter and Facebook or whether this is going to be more real and lasting," said Daniel Kreiss, a professor specializing in politics and social media at the University of North Carolina's Center for Information, Technology, and Public Life.

"But the dynamic is clear -- conservatives are upset at content moderation, particularly against the president."

Kreiss added that because the dominant platforms had been unevenly enforcing their policies and only recently began aggressive moderation, "there is a fair conservative complaint about why they doing this now."

Parler has been at the top of the download charts for online marketplaces.

"Cancel culture has no hold here," said one App Store reviewer using the name Minishrink. "Either you believe those who will attempt to silence the majority or you believe in free speech, real free speech. If you believe in the first amendment, then this is THE APP FOR YOU."

As they have become increasingly important to the political conversation, Twitter and Facebook have struggled with manipulation and misinformation, while at the same time seeking to keeping their platforms open to a variety of viewpoints.

But Schafer said the alternative sites have become "filter bubbles" for conservatives, and their hands-off approach could potentially allow for incitation to violence.

Parler and similar sites have become a magnet for racist and anti-Semitic tropes along with groups which have been banned from other platforms for posting hateful content or promoting violence.

"They can turn into toxic places," Schafer said. "We've seen this movie before."

Schafer said the growth of fringe networks, whether on the right or left, suggest a further fragmentation of the internet which he said "is not a good thing for civic discourse."

Kreiss noted that the split threatens "to erode the shared conversation" on public issues which is important for democracy.

"It makes resolving our collective crises that much harder," he said.

Still, few believe these services are likely have a major impact on the large platforms which dominate the online space.

The"alt" social media sites have little content other than the latest complaints on the election, and don't appear to be attracting enough users and advertisers to create a sustainable business model.

While many conservatives are joining Parler, "I haven't seen them stop using Twitter," Kreiss said. "They need to go where the audience is."