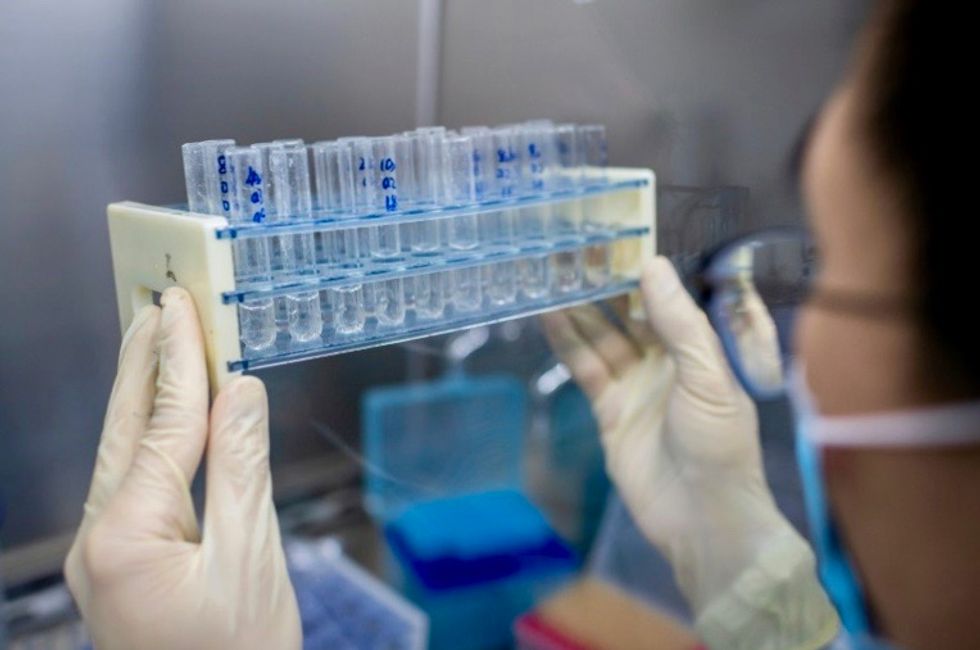 Conspiracy theories about Covid-19 vaccines play an "outsized role" on social media, driven in part by a lack of reliable information which could threaten their efficacy, an NGO specializing in misinformation warned Thursday.

"When people can't easily access reliable information around vaccines and when mistrust in actors and institutions related to vaccines is high, misinformation narratives rush in to fill the vacuum," First Draft said in a report.

"We have reached a pivotal and hypersensitive crossroads where increasing rates of vaccine skepticism may not only jeopardize the effectiveness of a potential Covid-19 vaccine, but that of vaccines more broadly."

The group collected millions of posts from Twitter, Instagram and Facebook that included the words "vaccine" or "vaccination" in English, Spanish and French for three months from mid-June.

Researchers then whittled those down to 1,200 of the most viral posts.

"Conspiracy theories about vaccines in general and the Covid-19 vaccine specifically play an outsized role on social media, particularly in Francophone spaces," concluded the group, which was founded in 2015 and is considered an authority on misinformation.

Many posts linked vaccines to conspiracy theories such as the belief that a future Covid-19 shot will be used to microchip individuals and develop mass population-tracking systems.

Conspiracy theories were also fuelled by a lack of information about vaccine ingredients, for instance, or new technologies such as "messenger RNA" (mRNA) behind the vaccine developed by Pfizer and BioNTech, which announced this week it was 90 percent effective.

This innovative technique is being used by other vaccine developers such as US biotech company Moderna.

The NGO noted that vaccine concerns brought together a wide range of different communities including libertarians, anti-vaxxers, New Age groups and QAnon adherents.

It recommended reliable news sources, social media monitoring and research organisations collaborate to identify and address any lack of data, but also avoid oversupply of information on a given topic, which "often leads to confusion and ultimately news avoidance."

"We need to find a way to acknowledge people's uncertainties and fears, rather than dismiss them, and build bridges between health experts and the vaccine hesitant," it added.