Democrats missed a crucial opportunity to take a victory lap 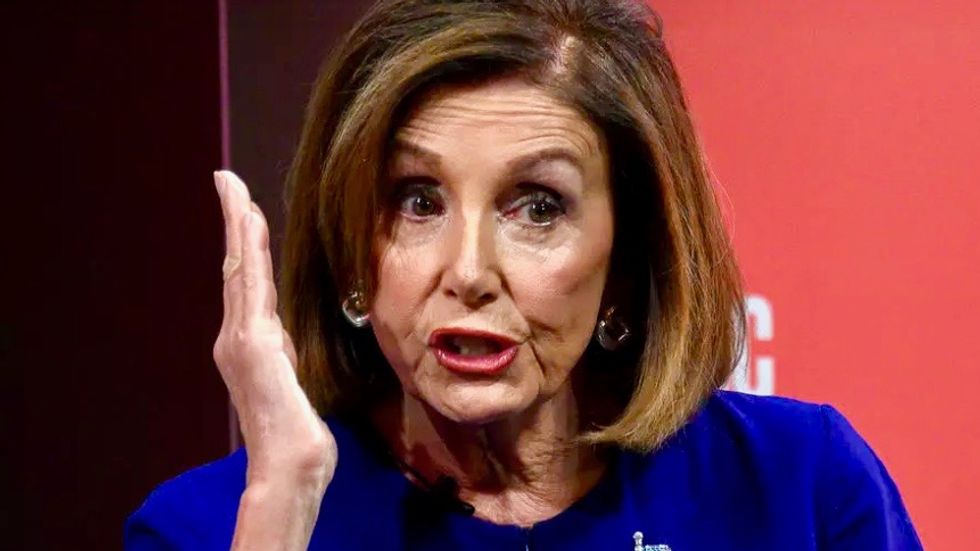 When vote tallies started coming in on Nov. 3 for the 2020 election, Democrats got a brutal shock. Florida, an important but not pivotal state in the presidential race, was expected to be a tight contest between Joe Biden and President Donald Trump, with the Democrat slightly favored to win. Everyone knows Florida is an election wild card, but the first glimpses of the election returns emerged, they came as a gut punch. Biden dramatically underperformed in the crucial Miami-Dade County. Not only was Trump going to win the state — it wasn't even going to be particularly close.

That loss cast a cloud over the rest of the evening, which, as expected, produced more grim — but ultimately misleading — numbers for Biden. He initially trailed in the counts for the key midwestern states, but this was expected because the disproportionately Democratic mail-in votes were slated to be counted last. More disappointing news came in as Democrats significantly shot below expectations in House and Senate races.

But now that we have some distance from Election Day itself, a few things a clear. Biden won the White House, unquestionably the single most important race on the ballot for either party. Democrats will keep control of the House of Representatives. And with two Senate races in Georgia scheduled for January, the party still has a chance at gaining split control of the Senate, with Democratic Vice President Kamala Harris holding the decisive tie-breaking vote. While scoring two wins in the Georgia races is likely an uphill battle, it's playing out in a state that Biden just flipped blue for the first time in decades.

With this news in hand, Democrats should have declared victory. They didn't live up to the hopes that were raised by the error-laden polls ahead of the election, but what matters in politics is winning. And Democrats won control of the House of Representatives and the executive branch, and they still have a shot at winning control of the Senate.

So why, with a potential trifecta in sight, are Democrats acting like such losers? Intra-party feuds and recriminations have broken out, with plenty of finger-pointing and little acceptance of responsibility.

The reality is, Democrats wanted to crush not just Trump but Trumpism. With the polling showing Biden had the opportunity for a landslide win, they convinced themselves that the Republican Party could face stern repudiation from voters. This blowback, many believed, might be enough to persuade the GOP to back down from the extremism and repugnant style of politics it has embraced under Trump.

Now, that's unlikely to happen. Trump lost, but the Republican Party that has supported him beat expectations. Only two Republican senators lost their seats (thus far), while party is ready to make substantial gains in the House. Since Republicans expected to lose seats in the House, they can't seem to believe their good luck.

But there's a real contradiction in the view that the GOP came out victorious. When it comes to the House, they've lost the battle for control of the chamber while making gains in their total number of seats. In the Senate, they may be able to keep control but will lose at least one seat, on net. It doesn't really make sense to declare both of these a win — at best, it's a draw.

Democrats, on the other hand, have a real case to make for their own victory. They won the White House, ousting an incumbent president for the first time since 1992 — not an easy task. No one should take this for granted. It was an expected outcome for any poll watchers, but it's also a decisive conclusion to key question in American politics for the last four years: Is Donald Trump good or bad for the country? The people have spoken. Not only did Trump lose in the antiquated Electoral College, he's losing by many millions in the popular vote, probably at a deficit of 4 to 5 points by the time all the ballots are counted. That's what winning looks like in politics.

And while Democrats are facing steeper than expected losses in the House, they maintained control of a majority of seats with every member on the ballot and thus control of the chamber. Of course, they would have preferred to have expanded their majority, but in reality, 2018 was an exceptionally impressive year. Democrats made real gains into Republican-leaning districts, gains that no one should be that surprised were somewhat fragile. Meanwhile, the Senate is the most biased federal institution in Republicans' favor, but the Democrats still have a shot at control.

Of course, clever people can spin mixed results in various ways, depending on how one sets baseline expectations and which metrics one focuses on. But the argument I've made above for a Democratic victory is quite plausible. So why aren't the Democrats making it?

Instead of taking a victory lap, Democrats began firing shots at one another. Rep. Alexandria Ocasio-Cortez (D-NY), as the figurehead of the party's left wing, took a lot of harsh attacks from her colleagues, and many members blamed leftist activists for adopting slogans like "defund the police." Some on the left, in response, lashed out, attacking more moderate members in swing districts for their electoral tactics. Perhaps something productive will come out of these fights over ideology and strategy — such debates are often necessary — but the upshot for the public watching was that the Democratic Party was fractious and at odds with itself. This is not what winning usually looks like.

Asked if she took responsibility for losing seats in the House, she said: "I take credit for winning a majority and holding the House." She added: "We still have the power of the majority, but, on top of that, our leverage and our power is greatly enhanced by having a Democratic President in the White House, especially Joe Biden."

And she said: "The election is over. Joe Biden is the president-elect elected with a mandate of over 78 million votes." Indeed, this is more votes than any candidate for president has ever gotten.

The problem is, this all came a week and a half after the election. The narrative of Democrats losing even in victory has already begun to gel. Pelosi lost control of a caucus that began to engage in brutal infighting. And Trump, as ever, has remained the center of attention by refusing to concede the election.

This last problem was probably out of Pelosi and the Democrats' control. But the truth is the Democrats have rarely been as good at shaping the narrative as the Republicans are (a dynamic that is, admittedly, fueled by the biases of the American press.)

This ends up creating something of a self-fulfilling prophecy for the Democrats. They often act like losers, and so they become, effectively, losers. After all, does anyone think the state of the Democratic party in the last two weeks has made them more likely to pick up two Senate seats in Georgia? A more triumphalist Democratic reaction to the election would likely have been a more inspiring message for Jon Ossoff and Raphael Warnock to run on in Georgia. People like supporting politicians and parties that seem like winners.

There is good reason, to be sure, for Democrats to be despondent despite their genuine victories. The Supreme Court is solidly in conservative hands, and even if Democrats get control of the Senate, that's unlikely to change anytime soon. Donald Trump may stick around as a political force, and his ability to avoid crushing defeats may encourage imitators to emerge in many election cycles to come. Republican control of many state legislatures in the upcoming redistricting process means the GOP will be able to further entrench its power through gerrymandering and other anti-democratic tactics. And if history is any guide, the Democrats look very likely to lose control of the House of Representatives during the next midterm election, when voters typically turn against the party in the White House.

But nothing is set in stone. President George W. Bush avoided a midterm backlash in 2002. That was probably because of 9/11 — hardly a circumstance Biden could or should hope to repeat — but it's a reminder that political winds aren't easy to predict. For a long time, a Hillary Clinton presidency seemed inevitable, but the presidencies of Donald Trump and Barack Obama defied many expectations.

Which is just to say that in politics, you need to make the most of what you get and run with it as far as you can. When you get a win, act like a winner.