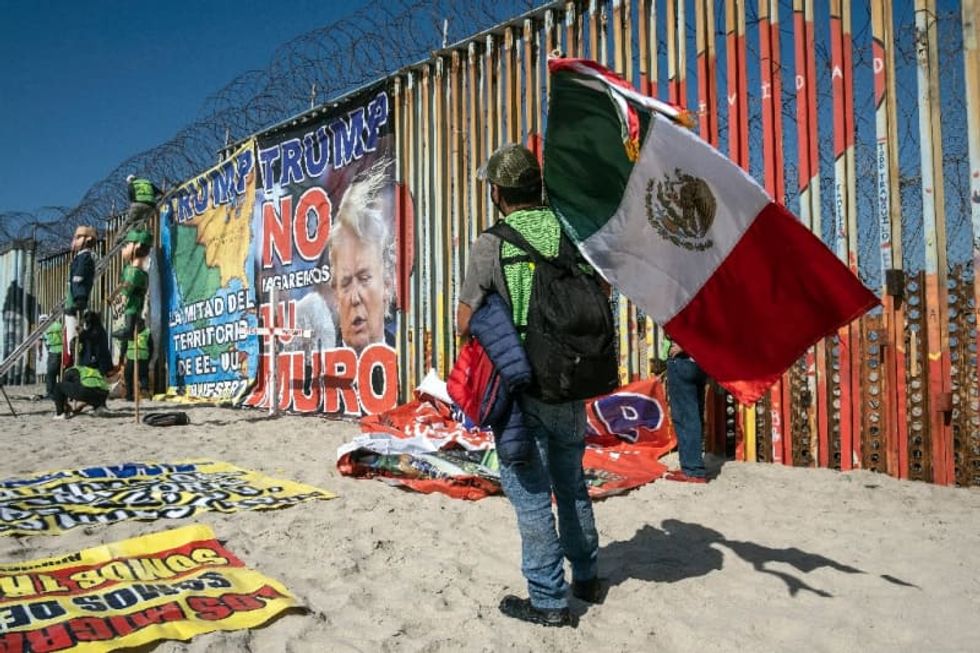 Mauricio Lopez was deported to Mexico after spending most of his life in the United States. Now he hopes against the odds that Joe Biden's administration will let him return.

The 26-year-old English teacher is one of thousands of migrants known as "dreamers" who as children were taken to the US by their parents.

Like many Mexicans who were expelled, in particular under outgoing President Donald Trump, Lopez is hoping that President-elect Biden will push for changes that protect undocumented migrants.

"It would be good for us if he relaxes immigration laws ... if there are asylum processes, if he makes it easier for us to obtain work permits or tourist visas, since many of us have families there," he said.

Lopez was deported to Mexico from North Carolina in 2016 after he was unable to renew his residency permit under the DACA program for unauthorized immigrants brought to the United States as children.

He was deported with his mother, leaving behind a sister but joining a brother who had already been sent back to Mexico years earlier.

Lopez is part of a growing number of deportees trying to integrate into a country that often feels foreign to them.

Around 89,000 Mexicans were expelled from the United States in the first half of this year, according to the interior ministry.

About three million unauthorized immigrants were deported by former president Barack Obama between 2009 and 2016, when Biden was vice president.

Biden has signaled a break with the policies of Trump, who vowed to halt almost all immigration and expel the more than 10 million undocumented migrants estimated to live in the United States.

The Republican sparked anger during his 2016 election campaign when he branded Mexican migrants "rapists" and drug dealers, and vowed to build a wall along the southern US border.

But experts say Biden may be hamstrung by a Republican-controlled Senate, depending on the result of runoffs in the state of Georgia on January 5.

"Even with the best will of the new government, it (change) won't happen imminently," said Leticia Calderon, an expert on migration at Mexico's Mora Institute.

The Democrat's win should not be seen as an "invitation to migrate" because "the bad guy is leaving and now the good guys" are in the White House, she said.

"The immigration system in the United States has no political party."

One area where she does expect action from Biden is to try to address rights for "Dreamers" to stay and work in the United States.

"It's likely that they will deal with it in the first 100 days of government, but it has to go through the Senate," where it is likely to meet resistance, Calderon said.

Even if it is too late for him personally, Lopez hopes that other young migrants can benefit under the new administration.

"The Dreamers feel more positive with Biden. There's hope that they have a route to citizenship or residency," he said.

Around 12 million people born in Mexico live in the US, as well as another 26 million who have at least one parent or grandparent born on Mexican soil.

Father-of-two Ben Moreno, who has been deported from the US twice, most recently in 2014 during the Obama presidency, is also cautiously optimistic that things will improve.

"I honestly don't think Biden will stop the deportations," said the 54-year-old, who ran a construction company in Indiana.

"But what I do hope is that this administration will be fair about who it deports and how it does it," he said.