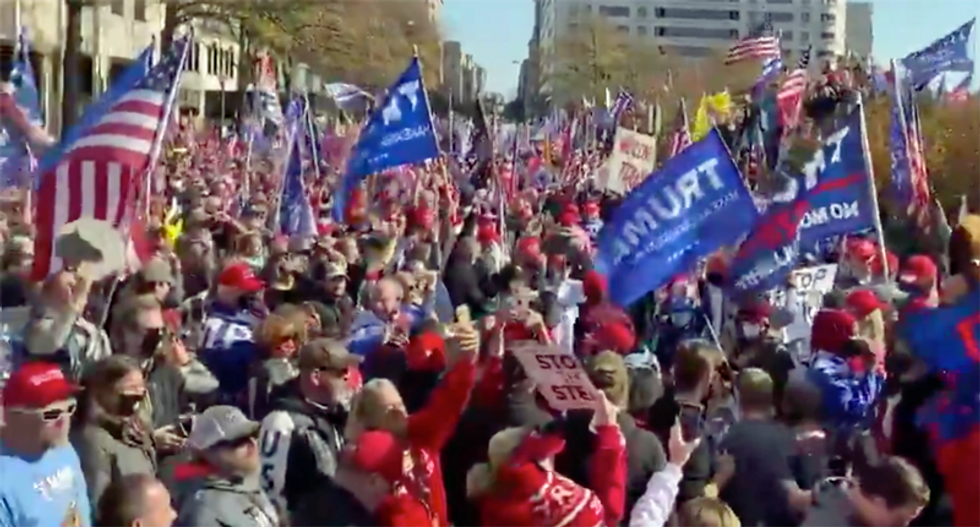 True the Vote, a far-right Tea Party-associated group founded in Houston in 2009, has described its mission as fighting voter fraud — and critics have slammed True the Vote for promoting voter suppression, especially in communities of color. The group has been busy this year, vowing to "investigate, litigate and expose suspected illegal balloting and fraud in the 2020 general election." But Fred Eshelman, a North Carolina-based money manager and True the Vote donor, is suing True the Vote for $2.5 million for failing to show evidence of voter fraud this election year and not keeping him up-to-date on its efforts.

Newsweek's Darragh Roche reports that Eshelman, who founded the company Eshelman Ventures LLC, "now wants his money back because True the Vote did not provide him with information about their progress and he believes they can't achieve what they claimed."

True the Vote, which was founded by Tea Party supporter Catherine Engelbrecht 11 years ago, filed four lawsuits after the November 3 election but has dropped all of them—and in an official statement on November 17, True the Vote announced, "while we stand by the voters' testimony that was brought forth, barriers to advancing our arguments, coupled with constraints on time, made it necessary for us to pursue a different path."

True the Vote called its efforts to challenge the 2020 election results Validate the Vote, promising lawsuits in seven battleground states and claiming that it would use "sophisticated data modeling and statistical analysis to identify potential illegal or fraudulent balloting." Eshelman donated $2 million to True the Vote on November 5 and another $500,000 the following week. But now, Eshelman wants his $2.5 million back and is saying that when he asked for updates, he was "met with vague responses, platitudes and empty promises."

True the Vote is an offshoot of the King Street Patriots, a Texas-based Tea Party group founded by Engelbrecht. During its 11-year history, True the Vote has been alleging voter fraud on the part of Democrats and has pushed for strict voter ID laws — inspiring critics to say that her real goal is voter suppression.